There is no denying the Beckhams love LA. It was the city they called home for 5 years and they visit regularly for both business and pleasure! On Thursday night David and his boys were spotted in the stands at the LA Dodgers game as the team took on the Atlanta Braves. 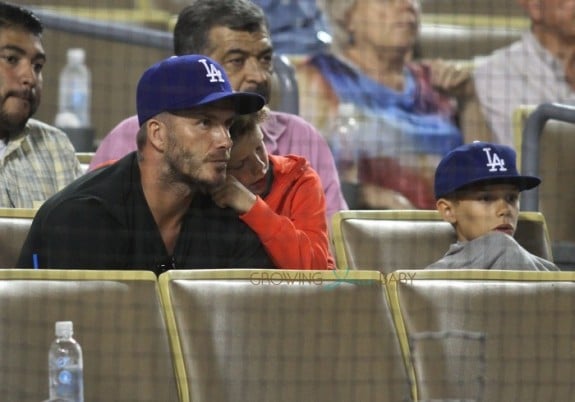 The former La Galaxy star sat in between his boys and cuddled up to Cruz as they watched their team win 2-1.

The family has been in California for two weeks now, and has been making the most of their sunny Summer.

Earlier in the day David was photographed at the beach surfing with Brooklyn and his friends. 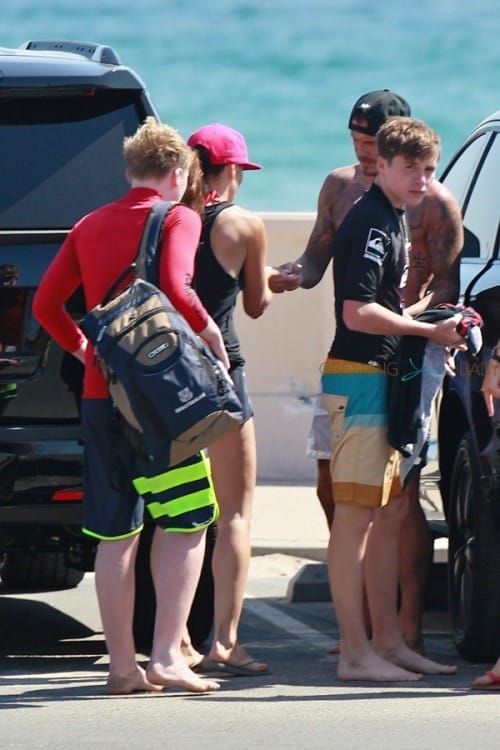 Retirement definitely looks good on him!