Diabetes in pregnancy is common, affecting about 1 in 20 pregnancies.   There are three types of diabetes that women can have, a pre-existing condition; type 1 and type 2, and gestational diabetes, which can affect any pregnant mom.  With type 1 diabetes, the body does not produce insulin.  With type 2 diabetes your body does not use insulin properly. Gestational diabetes, WebMD notes,  is the result of some hormonal changes that occur in all women during pregnancy. ‘Increased levels of certain hormones made in the placenta (the organ that connects the baby by the umbilical cord to the uterus and transfers nutrients from the mother to the baby) interfere with the ability of insulin to manage sugar (glucose).’ 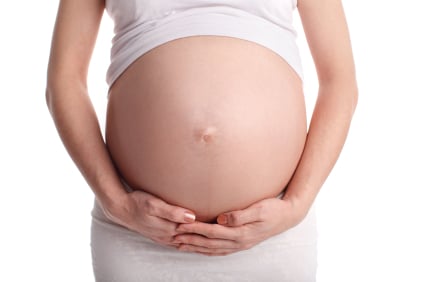 All three conditions come with their own lists of challenges, but pregnant women with pre-existing cases of diabetes have an increased risk of fetal mortality than those who are pregnant without the disease, a new study has revealed.

The research is the first time that the relationship between expectant moms with diabetes and fetal death risk has been studied excluding, the death due to congenital anomalies. For the study the authors used unique sources of data from several long-standing population-based registers in the north of England.

The authors studied 1,206 women with type 1 diabetes and 342 with type 2 diabetes for the study and compared the relative risk of fetal death and infant death i.e. death during the first year of life with population data from the Northern Perinatal Morbidity and Mortality Survey. Predictors of fetal and infant death in women with pre-existing diabetes were examined.

They found that women who had diabetes during pregnancy had 4.56 times greater the risk of fetus deaths than pregnant women without diabetes. They also found that for infant less than one year old the risk was 1.86 times greater for diabetic women.

The researchers also noted that there was no difference in the risk for women with Type 1 or Type 2 diabetes. Women with glycated haemoglobin which is a standard measure of blood sugar control above 6.6%, those with pre-pregnancy retinopathy – a complication of diabetes and a lack of folic acid supplementation were all found to be at higher risk of experiencing a fetal or infant death.

They also found that the risk of fetal or infant death had not reduced over time in pregnant women nor did the risk vary with gestational age of the fetus.

The normal level of blood sugar set by England’s National institute for Health and Care Excellence (NICE), is 6.1% for pregnant women, while the American Diabetes Association target is 7%. The present researchers however found that average blood sugar level of the women studied was 7.6 percent and they note that if they had maintained the blood sugar level to the target recommended by any of the two institutes, the mortality rate of the fetus or the infant could have reduced to 40 percent.

The authors commented, “It’s disappointing to see so little improvement because, with the right care, most women with diabetes can — and will — have a healthy baby. Stillbirths and infant deaths are thankfully not common, but they could be even less common if all women with diabetes can be helped to achieve the best possible control of their blood glucose levels.”

They suggest the use of a higher dosage of folic acid, which is already prescribed to pregnant moms.

“We already know that folic acid reduces the risk of certain congenital anomalies, such as spina bifida or cleft lip, which is why women with diabetes are advised to take high dose supplements of 5 milligrams daily. These are available on prescription and should be taken for at least 3 months before conceiving. Our results suggest this simple action may also help to reduce the risk of stillbirth or infant death even in babies without these conditions.”

They also offer important advice to pregnant women, especially if they are diabetic,

“If you are planning a pregnancy, and your blood glucose levels are high, then any reduction -even a small one — is likely to be good for your baby. Secondly, seek advice as early as possible from your diabetes team. They can help you keep your glucose at safe levels, as neither high blood glucose nor repeated episodes of severe hypoglycaemia are good for you or your baby.”

For women who can’t wait to be mom to a healthy baby, it seems a little precaution can go a long way in protecting the developing fetus, if you are also diabetic.