Home » What is Gestational Diabetes?

Like other types of diabetes, gestational diabetes occurs when the body does not produce enough insulin. The result is too much glucose in the blood, which can negatively affect both mother and baby. However, unlike other types of diabetes, gestational diabetes only occurs during pregnancy. Learn more about this condition, including its symptoms, risks, and treatment, with help from the following information. 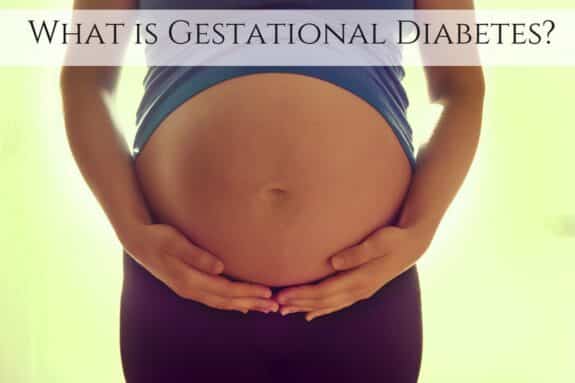 Understanding the Cause of Gestational Diabetes

Whereas other forms of diabetes may occur from poor body function, organ damage, genetics, excessive and habitual sugar intake, or obesity, gestational diabetes is mostly related to the pregnancy itself. Pregnancy makes the body more resistant to insulin, which makes glucose more readily available for baby.

Of course, most women do not have an issue with this insulin resistance because the pancreas generally secretes more insulin to compensate for any excessive glucose in the bloodstream. However, some women – particularly those with certain risk factors – have bodies that simply cannot keep up with the body’s increased demand for glucose. When this happens, gestational diabetes occurs.

Factors That May Increase a Mother’s Risk

Although a mother may develop gestational diabetes without any risk factors, most have at least one or more risk factors that increase their susceptibility. These factors include:

Note that expectant mothers with at least one or more risk factors should discuss their concerns and/or family history with their OBGYN during their first prenatal visit. This can ensure she is provided with extra monitoring to detect the condition early, as well as a plan for mitigating her risks. Such plans typically include a well-balanced diet and regular exercise.

Because gestational diabetes is often asymptomatic, obstetricians typically offer a glucose test to expectant mothers between their 24th and 28th week of pregnancy (mothers with one or more risk factors may be tested sooner). Generally, the first test offered is an oral glucose screening. On the day of the appointment, the mother is given a sugary drink and then, an hour later, she provides a blood specimen. If the mother’s blood sugar is too high during the oral glucose test, she will then take the glucose tolerance test, which requires her to fast before consuming the sugary drink. Her blood is then drawn at three separate intervals: one hour, two hours, and three hours after consuming the drink. If the results of this test produce a high sugar reading, the mother will then be diagnosed with gestational diabetes.

Risks and Complications from Gestational Diabetes

Although most women who follow their treatment plan give birth to a happy and healthy baby, some may be at an increased risk for certain complications. For example, mothers with gestational diabetes are more likely to experience:

To prevent such complications, doctors typically monitor mothers more closely when they have gestational diabetes. They also provide mothers with a treatment plan, which typically includes a tailored meal plan, regular monitoring of the mother’s blood sugar (using an at-home monitor), and regular exercise. In severe cases, the mother may also be provided medication to treat her gestational diabetes. Mothers should also attend all their prenatal appointments to ensure proper monitoring of theirs and baby’s health.

Mothers should also be aware of the symptoms that could indicate a serious problem during a pregnancy with gestational diabetes, such as excessive thirst, excessive urination, excessive fatigue, late-term nausea, and blurred vision. If any of these are experienced, the mother should call her doctor and be prepared for an exam or a referral to a specialist.