Home » Doctors Being Pressured by Parents to Postpone Vaccinations

Regularly scheduled vaccines are designed to protect young children from potentially life-threatening diseases like measles, polio, and diphtheria. But with the emergence of anti-vaccination groups that have concerns over the safety or potential side effects of vaccines, doctors are now being pressured by parents to postpone those vaccines . . . and a recent study found that the majority of physicians are buckling under it. 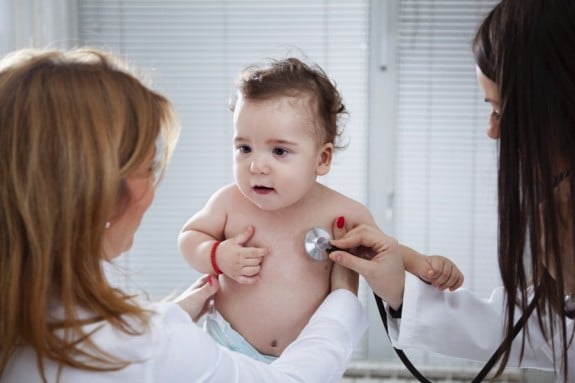 “Virtually all providers encounter requests to spread out vaccines in a typical month and, despite concerns, most are agreeing to do so,” researchers from the study told Medical News Today.

Led by Dr. Alison Kempe, professor of pediatrics and director of the Adult and Child Center for Health Outcomes Research and Delivery Science (ACCORDS) at the University of Colorado School of Medicine and Children’s Hospital Colorado the team sent surveys via e-mail and mail to a nationally representative sample of 815 pediatricians and family physicians between June and October of 2012.

Researchers found that, of the 534 (66%) of physicians that responded to the survey, 93% had been asked to delay or alter the immunization schedule for children. A total of 21% of the respondents had given in to the requests from more than 10% of requesting parents. This was true, despite 87% of respondents voicing that they felt such requests put children at a higher risk for preventable diseases. And 84% said they felt that parents were actually causing their children more pain by bringing them back for separate injections for different immunizations.

Yet, despite their concerns, 82% of respondents said they believed that, by agreeing to comply with parental requests, they were building trust with families. And 80% said they feared that the families might leave their practice if they refused to comply.

Children are supposed to receive 14 vaccinations between birth and six years of age, per recommendations from the Centers for Disease Control and Prevention (CDC). Parents are encouraged to give those vaccinations in line with the suggested schedule to boost he effectiveness of those vaccines.

But concerns about the short and long term implications of vaccines (an increase of autism risk, for example), and a belief that their child was unlikely to contract one of the diseases immunized against, have some parents bucking against the schedules. These also happened to be the most likely reasons that parents had cited for wanting to delay vaccines.

A big barrier to this issue is that the majority of the responding physicians said they had tried to use a variety of techniques to encourage parents to comply with the recommended schedules for their children. However, those physicians said they felt that most of their efforts were completely and utterly ineffective.

This is highly concerning to Dr. Kempe and her colleagues because spreading out vaccines doesn’t just impact the child; it also puts the general population—children in daycares, children at school, the elderly—at a higher risk of contracting diseases that are highly preventable.

“Providers are using many strategies . . . but think few are effective,” the researchers said. “Evidence-based interventions to increase timely immunization[s] are needed to guide primary care and public health.”

But they believe it may be possible to conduct early interventions during pregnancy to educate parents on the safety and effectiveness of vaccines. In addition, they suggested an increased utilization of social networks and public messages to help parents make more informed decisions about vaccinating their children.