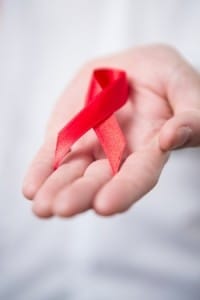 What began as just a glimmer of hope at the beginning of this year has now become one of the best news from the medical world in a long, long time. A Mississippi baby girl, born with the HIV virus, is the first case reported where the doctors have evidence that they put HIV into remission, hopefully for good.

News surfaced for the first time in March this year about a little girl born with HIV because of the infection that passed from mom to fetus in the womb. When doctors detected her infection, they tried to do something different in her case. Instead of giving a low dose of medication that is usually given to children infected with the virus, they gave her a higher dosage which was a combination of three drugs. When the baby girl was tested again her virus level was marked as “undetectable”.

Dr. Hannah Gay at University of Mississippi Center saw the little girl until she reached 15 months old. Then she disappeared off the doctors’ radar. Gay said that the mother had brought the little girl back to the hospital briefly at 18 months, but then she disappeared again. Again, the baby returned, this time at 2 ½. It total, she missed at least eight months worth of standard antiretroviral therapy (ART) treatment. What was surprising though was that even after missing the treatment for these months, the girl, now a toddler, showed no signs of AIDS or HIV infection.

However, some doctors were still skeptical about this unusual case. They believed the baby might not have really been infected in the first place when she was in her mother’s womb. But a new report published online Wednesday by the New England Journal of Medicine, makes clear that the girl, now 3, was infected in the womb.

The doctors who were behind the treatment of the child are still careful and not calling this a cure, because it is a first case in the history of this illness and they are not sure how much time is needed before and HIV infection may be said to have been completely cured. To date AIDS has been regarded as a permanent condition.

“We want to be very cautious here. We’re calling it remission because we’d like to observe the child for a longer time and be absolutely sure there’s no rebound,” said Dr. Katherine Luzuriaga, a University of Massachusetts AIDS expert involved in the baby’s care.

“At minimum, the baby is in a clear remission. It is possible that the baby has actually been cured. We don’t have a definition for cure as we do for certain cancers, where after five years or so you can be relatively certain the person is not going to go and relapse,” he said.

Dr. Fauci’s institute performed sophisticated tests on the child to confirm she was not infected.

A government sponsored research is to begin in January to see if her case can be replicated. Doctors plan to give AIDS medication for 2 years and see signs of remission before suspending treatment.

Most HIV-infected moms in the U.S. get AIDS medicines during pregnancy which reduces the chances of their babies getting infected by the virus. But because this Mississipi mom did not receive any prenatal care for the infection, the baby girl was found to be infected. Her treatment was started almost immediately, though after she was 18 months old, doctors lost contact with her.

At present only one other person is thought to have been cured of HIV infection a San Francisco man who had a bone marrow transplant in 2007 from a donor with natural resistance to HIV, and showed no sign of infection five years later.

Dr. Deborah Persaud of the Johns Hopkins Children’s Center, who helped investigate the case said, in the Mississippi baby, “there’s no immune mechanism we can identify that would keep the virus in check” like that bone marrow donor.

Dr. Peter Havens, pediatric HIV chief at Children’s Hospital of Wisconsin and a government adviser on HIV treatment guidelines however is still cautious. He believes the child may have had a genetic trait that helped her manage the virus.

“I’m just not convinced that her dramatic response would be replicable in a large population,” he said. It’s too soon to recommend treating other high-risk babies so aggressively without more study, he said.

“We might be able to intervene early and spare children a lifetime of therapy. That is the potential impact of this case.”

Many hope her words are absolutely true.