In a ceremony today in Southampton, The Duchess of Cambridge, Catherine(Kate) Middleton named the new Royal Princess Cruise ship when she released a bottle of champagne that smashed against its hull. 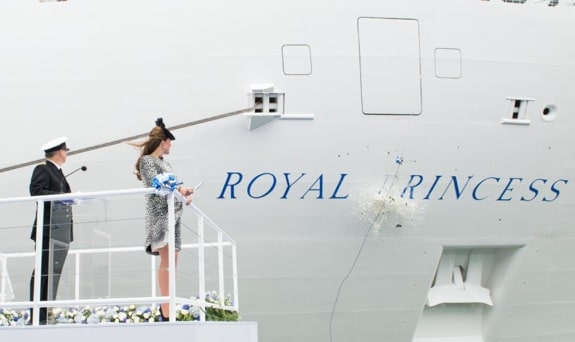 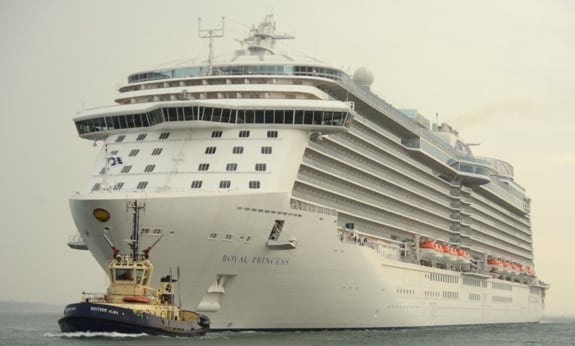 The Pipe Band of 1st Battalion Irish Guards and The Band of Her Majesty’s Royal Marines Portsmouth performed for the crowd before Kate made her entrance. The mom-to-be was all smiles as she stepped out of a Range Rover and made her way down the blue carpet. 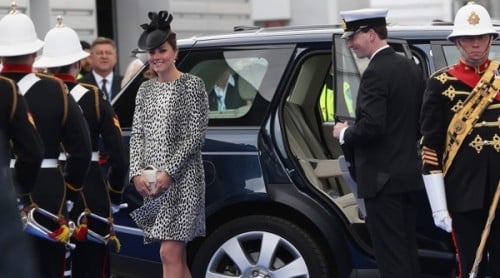 Kate was cute in a Dalmation print jacket from London boutique Hobbs, a Jane Taylor sinamay hat and black pumps. 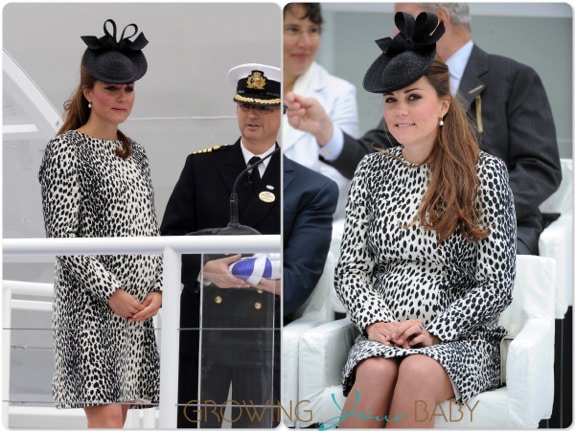 Standing on the naming platform with the ship’s first Captain Tony Draper, The Duchess pronounced,

“I name this ship Royal Princess. May God bless her and all who sail in her.” before she cut the rope that sent a giant £1,250 Nebuchadnezzar 15-litre bottle of Moët & Chandon champagne toward the ship.

“We can think of no more fitting godmother for our magnificent new Royal Princess,” said Alan Buckelew, Princess Cruises’ president and CEO. “Her Royal Highness is an inspiring ambassador for Britain – with whom Princess Cruises shares strong ties – and she is admired around the world for her style and grace. We’re so honored she accepted our invitation to become godmother to our new ship.”

The naming of the Royal Princess will be Kate’s last solo engagement and Saturday’s Trooping the Colour, which she will attend with the Royal Family, will be the last time she will be seen at an official event before she gives birth in July.