Home » Effects of Supplements Vary in Children with Nutritional Deficiencies 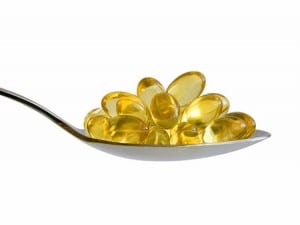 A new clinical trial on children with iron deficiency and Omega-3 fat deficiency, shows that supplements may have different and complex effects depending on which nutrient is given to them. The trial was on a small group of undernourished school children.

According to the World Health Organization(WHO) iron deficiency is the most common insufficiency affecting people in the world with 2 billion individuals suffering from it. Another nutrient that along with iron is responsible for proper brain development is Omega-3 fat found in oil fishes. Most children in developing nations are found to be deficient in this nutrient too.

The study tried to look into the use of supplements in boosting the brain power of undernourished school children in South Africa. 321 of the children were thus given a supplement containing iron, omega-3 or both.

After 8 months the researchers found varied results and different outcomes in the kid’s memory and learning abilities.

Children who were solely given iron showed improved memory and learning. This was especially true in cases where the kids were suffering from anemia, a condition where the blood’s oxygen carrying capacity is reduced causing fatigue and difficulty concentrating.

On the other hand children given omega-3 supplements did not show any improved memory skills. Additionally, kids with anemia performed worse after the supplements in one test of memory than earlier.

In children who had iron deficiency but no anemia, girls performed badly while performance of boys improved after omega-3 supplements.

Yahoo writes that researcher Jeannine Baumgartner, of North-West University in Potchefstroom, South Africa said in her email that the result was not clear if nutritional deficiencies could be met by supplements and if they helped improve brain power.

She also added that the group of children being tested was very small with only 67 kids with anemia.

Thus, “the results need to be interpreted cautiously,” Baumgartner told Reuters Health in an email.

She said that the children involved were in the age group of 6 and 11 and earlier animal research has suggested that brain deficits that take shape early in life cannot be altered.

“The question arises whether supplementation during school age might be too late to achieve beneficial effects on cognitive performance,” she said.

The researcher says that during a separate study on rats it was found that when the rats were iron deficient and given either iron supplements or omega-3 supplements, their memory performance worsened. It improved only when they were given both iron and omega-3.

She also pointed that in children other deficiencies, lead poisoning and other poverty related problems could lead to hampered brain development and these also needed to be considered.  As the research was specifically on impoverished children, she said it could not generalized.

“We believe that more research is needed to investigate the biological and functional links between nutrients essential for brain development and cognitive functioning,” she said.

According to Yahoo, in the U.S., babies need to get an iron test during the first year of life to check for deficiencies. For healthy kids older than six months, the recommended iron intake varies from 7 to 15 mg of iron per day, depending on their age and sex.