Home » Elton John Vacations With His Family in St. Tropez

Elton John and husband David Furnish were all smiles as they posed for pictures with their sons Elijah and Zachary in Saint Tropez, France on August 12, 2016. 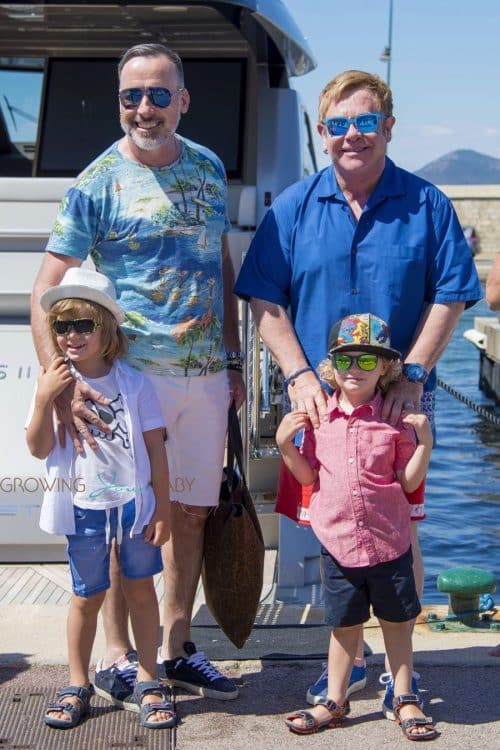 For the past few weeks the family has been cruising around Europe enjoying the beautiful beaches.

On Friday the dads were spotted arriving at Club 55, an a-list hot spot on Pampelonne Beach.  As always, it was safety first for the kids, who were outfitted in lifejackets for the trip to the beach from their yacht. 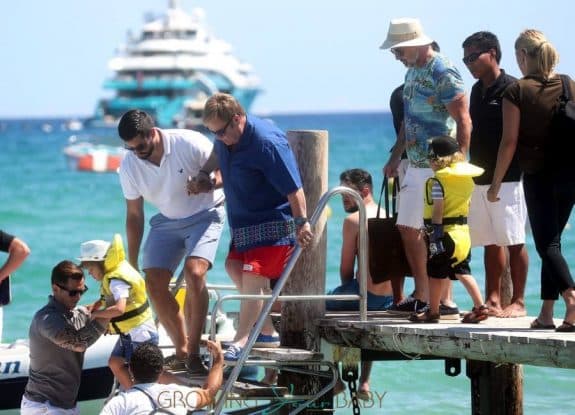 Elton posed for pictures with fans as David carried the couple’s youngest son. 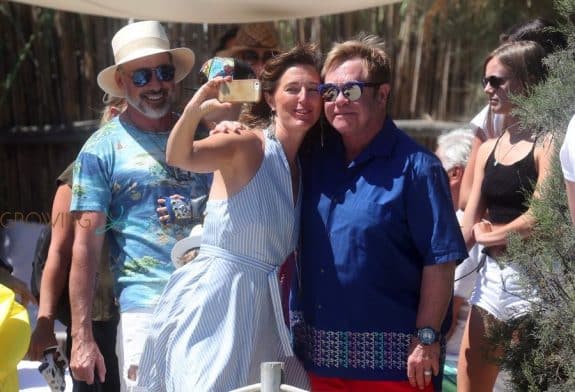 Later David and Elton shopped with their boys before treating them to some ice cream. 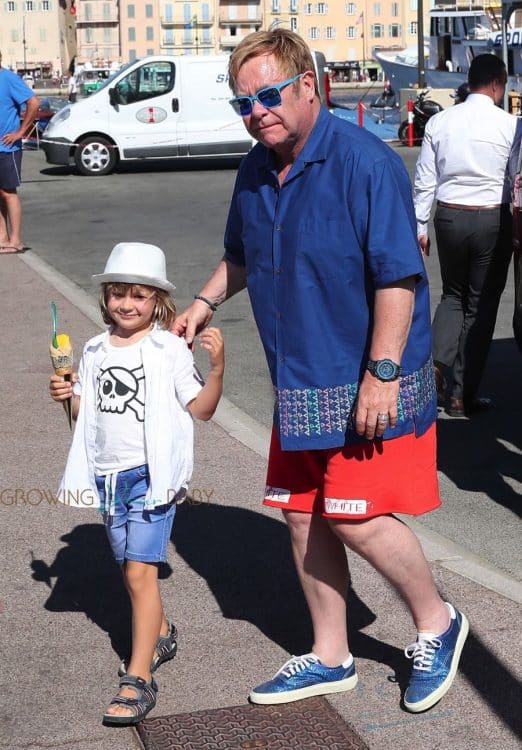 Elton still has a couple weeks before he heads out on tour.  The singer will perform in Hyde Park in London on September 11th, before kicking off a 9 date North American tour.  Between October 12 – 30th, Elton will do 11 concerts as part as his residency at Caesar’s Palace in Las Vegas.