Home » Ian Ziering & His Family Get Into The Halloween Spirit in LA!

On Sunday actor Ian Ziering and his wife Erin continued their yearly tradition of bringing their children to Mr. Bones for some pre-Halloween fun! 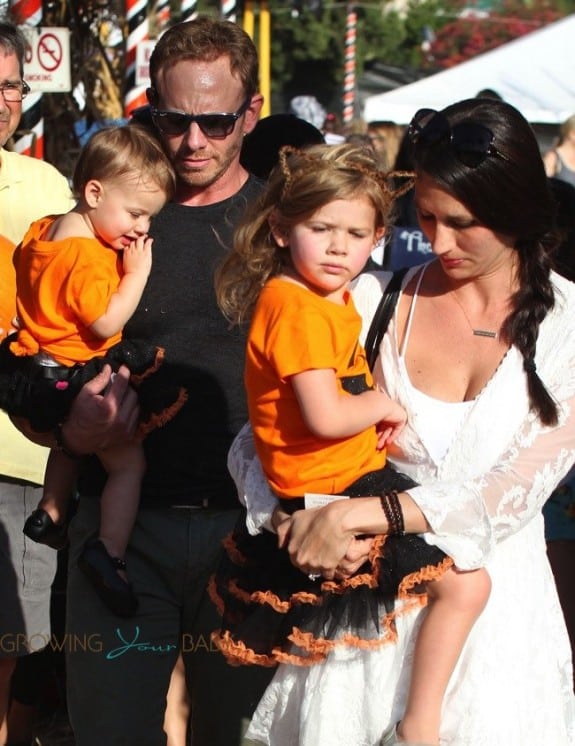 While dressed in matching pumpkin tutus Mia, 3, and Penna Ziering, 1, appeared to be getting into the spirit of the season!

The couple took advantage of the adorable props at the patch to get some great photos of their little ladies.  The girls posed on the giant rocking horse and then with their parents for a adorable family photo. 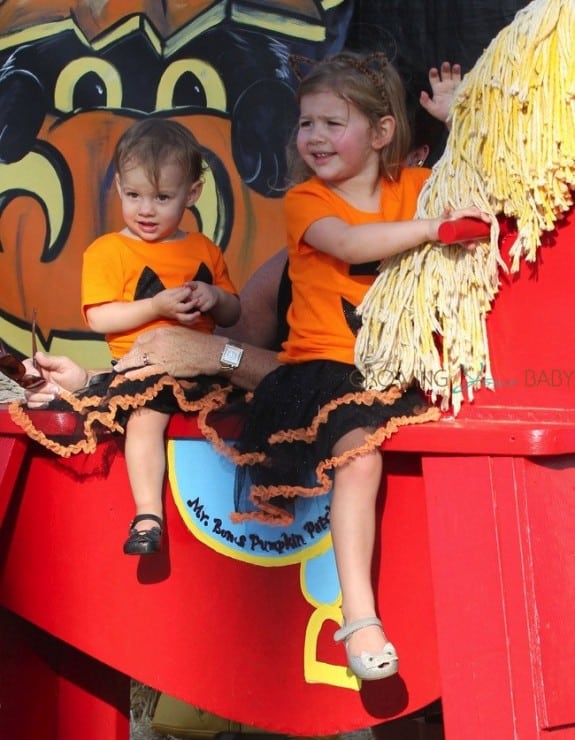 Over the past two years Ian has starred in the made for TV movie Sharknado.  Fans of the franchise will be happy to know that a third movie has been announced, which will reportedly start filming in 2015.  On November 23rd he will also star alongside Patrick Muldoon and Bill Cobbs in Christmas in Palm Springs.