For years, we’ve assumed that osteoporosis—increased fragility of bones—is a condition related to older people. However, the American Academy of Pediatrics, now believes that the foundation for this condition is actually laid in early childhood and adolescence. Because of this, they are now encouraging greater emphasis on bone health earlier in life among both parents and pediatricians. 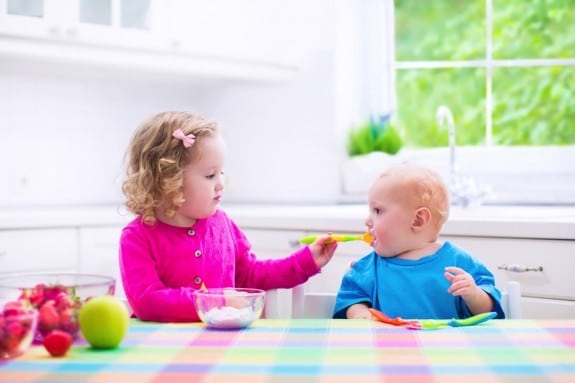 According to researchers, osteoporosis is a major cause of economic burden and morbidity among older individuals around the world. In fact, it is estimated that, by the year 2020, around half of Americans age 50 or older will be at risk for osteoporotic fractures. And now, with research pointing to the childhood as the root of osteoporosis problems, it’s now imperative that a solution be found immediately for our youth.

Published in the journal Pediatrics, the AAPs new report outlines strategies that parents and pediatricians can use to better ensure bone health in children. It all starts while in utero, while the mother is pregnant. Adequate vitamin D and calcium intake is essential for proper bone health in fetal growth. Then, as the child grows, bone mineral content increases 40-fold from the time of birth on in through adulthood, with the peak bone mass occurring somewhere near the end of the second decade of life.

While about 70% of variance in overall bone mass can be chalked up to genetic factors, researchers say that the nutritional intake of calcium, vitamin D, protein, sodium and carbonated beverages can all play a part in bone health during childhood and beyond, as can exercise, healthy body weight and hormonal status, and an active lifestyle.

Milk consumption during childhood has been linked with a higher bone mass and lower rates during adulthood; this is likely due to the calcium and vitamin D found in milk—both of which have been linked to skeletal health. In fact, about 99% of all the body’s total calcium can be found in the skeleton.

Of course, speculation isn’t enough when it comes to something as important as the health of our children, so the AAP further investigated the importance of bone health in children by reviewing bone acquisition during infancy, childhood, and adolescence in order to help them better advise parents and pediatricians on appropriate strategies for lifelong bone health.

What they found was that the primary nutrition sources for infants should be human milk or infant formula, if that is not feasible. Then, after the first year of life, the main source of dietary calcium should be milk and other dairy products, which accounts for 70-80% of nutritional calcium intake. This should mostly come from foods and beverages that contain both vitamin D and calcium, including nonfat milk and low-fat yogurts.

The Institute of Medicine has suggested a higher recommended daily allowance for vitamin D, and the AAP supports this. However, it should be noted that the organization does not support universal screening for vitamin D deficiency in healthy children; instead, this type of testing is recommended only for children that have medical conditions directly linked with reduced bone mineral density. It should also be noted that calcium supplementation is not advised for healthy children, but increased dietary intake is strongly encouraged.

Children can also increase their bone density health through weight-bearing activities, such as walking, dancing, and running, to encourage bone health. Pediatricians should also enquire about such activities when examining their patients to help ensure that parents are receiving adequate information when it comes to protecting the bone health of their children.