For women who have a mitochondrial disease, having a child is a risk. Miscarriages are common, and if they are able to carry to term, their infants are at risk for early mortality. For this reason, many abandon the hope of ever having a child of their own. But that could soon change, thanks to the welcoming of the world’s very first three-person IVF baby. 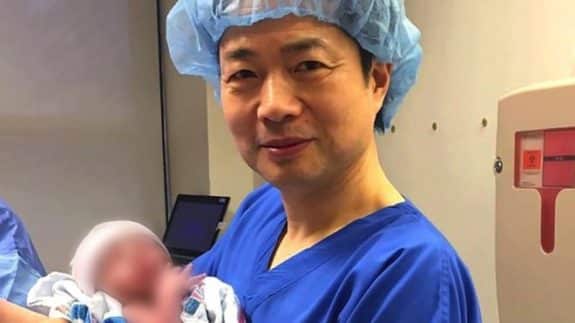 This isn’t the first time that doctors have used the DNA from three different people, but it is the first time they have successfully taken the mitochondria of a donor, fused it into a mother’s egg, and fertilized it with the father’s sperm. The result is a healthy baby who does not suffer from a mitochondrial disease. This first one was born to the Jordanian family, who experienced four miscarriages and the death of two babies – one at eight months and the other at six years of age.

Prior to the IVF treatment, the mother passed on a mitochondrial condition known as Leigh Syndrome to her babies. A severe neurological disorder, it generally becomes apparent during the infant’s first year of life. The first signs are vomiting, diarrhea, and difficulty swallowing. Eventually, the child begins to suffer from deterioration of their mental function and a progressive loss of movement. Ultimately, the disease results in mortality, generally from respiratory failure and often within the first two to three years of life.

To help the help the Jordanian family, Dr. John Zhang, medical director at the New Hope Fertility Clinic in New York, and colleagues performed the treatment in Mexico. Why Mexico? Well, despite the promise that mitochondrial donation shows, U.S. health officials are concerned. They say the procedure blurs the lines between creation and playing God. And they fear that it could result in the creation of designer babies – babies that have eye color, hair color, and a genetic code that is specified by parents.

Of course, that is not what mitochondrial donation is trying to accomplish. Instead, it is focusing on dealing with a genetic mutation that proves fatal to an infant. In fact, the UK has already approved laws that permit the IVF treatment because they can see promise in it. Unfortunately, that does not make it any less controversial to U.S. authorities, and despite the success, Dr. Zhang and his colleagues are being chastised for taking “unnecessary and unethical” risks.

“It is outrageous that they simply ignored the cautious approach of U.S. regulators and went to Mexico, because they think they know better. Since when is a simplistic “to save lives is the ethical thing to do” a balanced medical ethics approach, especially when no lives were being saved?” Dr. David King with the pro-choice group Human Genetics Alert, said in a statement.

There was some pseudo praise as well, though. Professor Darren Griffin, an expert in Genetics at the University of Kent, said, “This study heralds a new era in preimplantation genetics and represents a novel means for treatment of families at risk of transmitting genetic disease. With radical new treatments like this, there are always challenging ethical issues. However, any concerns need to be balanced against the ramifications of not implementing such a technology when families are in need of it.”

And therein really lies the difference – need versus want. While a couple may want a baby with a high IQ, blonde hair and blue eyes . . . but they do not need one. Families who suffer from genetic defects that pose a risk to their children have only a few options. They can adopt. They can use a surrogate. They can use an egg donor. But they cannot have a baby that is (mostly) genetically theirs.

Mitochondrial implantation preserves 99.9 percent of the original parents’ genetic code. Only 0.1% comes from the donor – the mitochondria itself. Yet that 0.1% can take a heartbroken family and turn them into loving and happy parents. And now we know it can be done successfully.