Janice Perez has been the talk of the town and the hospital since giving birth to her eighth baby on Monday. 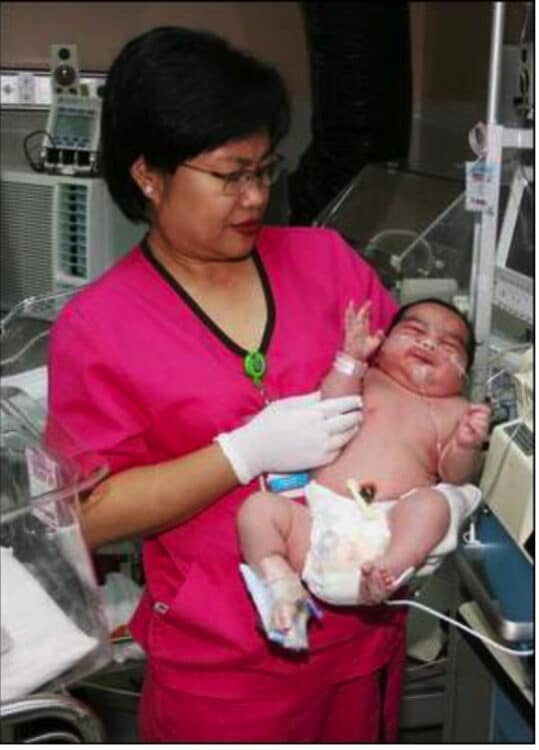 “As far as anyone can remember, this is the biggest baby ever born here at Guam Memorial,” Janice’s physician, Dr. F. Christopher Bieling, said Monday morning after the delivery.

The new mom told reporters that

“People were always asking me, ‘Are you going to have twins? Are you sure?’ It sure felt like twins.”

Any baby heavier than 9 pounds 4 ounces is considered to have Macrosomia, commonly called Big Baby Syndrome. An ultrasound predicted that Jayvin would be weigh about 11 pounds, which is already an alarming size.

At birth, Jayvin was so large that it was a tight squeeze even with the surgery.

The baby is currently in an incubator in the hospital nursery on oxygen. He is but in good condition, but surrounded by babies half his size.

“First, he’s cranky. He does not like being in that thing because he doesn’t fit,” Perez said. “Second — I can already tell — he loves to eat.”