Pamela Ferrell was exiting the S train in Times Square, NYC with her granddaughter Tabrina on Sunday evening when another passenger offered to help her cross the gap between the train and platform. 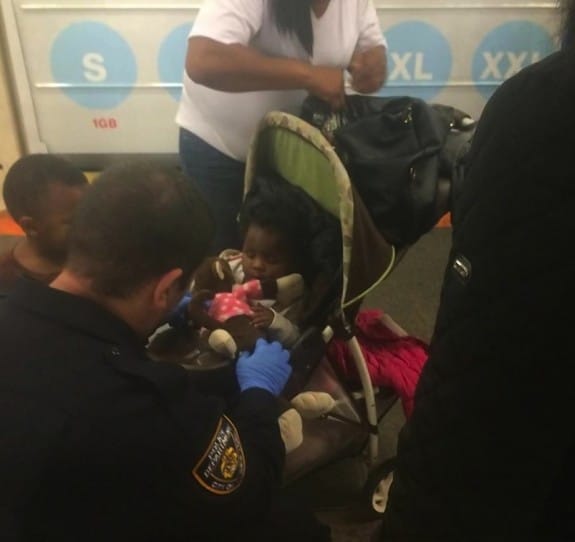 The passenger, however, only offered with ‘one’ helping hand, which caused the stroller to tilt – sending Tabrina falling 5 feet below onto the tracks.

When the stranger fled leaving the little girl in danger, Herman McGarrah jumped into action!

Herman risked it all to save the baby, who miraculously suffered only a bruise to her forehead.

Pamela told reporters that Herman never left her side, even after paramedics arrived. She said she is eternally grateful.