Home » Identity Theft of Children on the Rise According to FTC 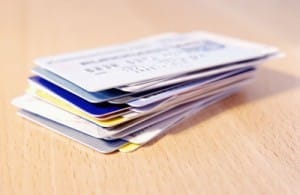 As a parent you spend most of your time doing everything you can to keep your children physically safe, but what about their financial well being?

During a discussion held earlier this week by the Federal Trade Commission it was revealed that more than 140,000 children are victims of identity theft each year. IDAnalytics, a risk-management firm provided these results to the FTC during the forum discussion, along with some real-life cases.

In one example, a young child had a bankruptcy on his record. In another case, a 17-year old minor’s identity had reported that he was $750,000 and had purchased several cars and houses after having eight different people fraudulently use her Social Security number. Most alarming, however, were the cases in which the parents of the child were responsible for the identity theft. In one case, a mother answered her door to the police, wanting to see her son because he failed to attend traffic court for speeding tickets that actually belonged to his father.

Identity theft of a child is not easy to overcome and it can create serious problems for the child when they are starting out in adulthood. Credit denial for the purchase of a vehicle, cellular phone, apartment, and student loans are just the beginning of the consequences of bad credit – bad credit that the child did not create for themselves.

Despite all of the serious consequences facing a child after their identity is stolen, there is very little that a parent can do to detect identity theft of their child.

If you suspect that your child’s identity has been stolen the Federal Trade Commission’s Web site outlines steps you can take to report fraud. Their identity theft hotline can be reached toll-free at 1-877-ID-THEFT (438-4338).