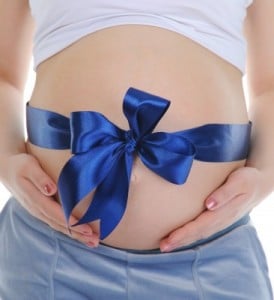 Choline, naturally found in foods like beef liver, broccoli, milk and eggs, is a vital nutrient for all humans. But a recent study found that an increased intake of choline during the third trimester of pregnancy may actually help reduce the chances of diabetes in infants.

The current recommended choline consumption is currently 450mg. And it is possible to consume too much choline. But after conducting a 12 week study on the choline consumption of pregnant women, researchers found that women who consumed 930mg of choline per day gave birth to infants with a cortisol concentration (stress hormones) 33 percent lower than women who had consumed only 430mg per day.

“The study findings raise the exciting possibility that a higher maternal choline intake may counter some of the adverse effects of prenatal stress on behavioral, neuroendocrine and metabolic development in the offspring,” said study researcher Marie Caudill, associate professor of nutritional sciences. “A dampening of the baby’s response to stress as a result of mom consuming extra choline during pregnancy would be expected to reduce the risk of stress-related diseases, such as hypertension and type 2 diabetes, throughout the life of the child.”

While Caudill did state that more research is needed to confirm the results and determine if there might be any long-term side effects to the mother after a high choline consumption diet, she did state that the increase in choline may be working at decreasing cortisol levels in infants by altering the gene pattern expressions actually responsible for cortisol production.

“The study provides compelling evidence that maternal choline intake during the third trimester of human pregnancy can modify global and site-specific epigenetic marks in fetal-derived tissues,” the study states.