Home » Is There Formaldehyde In Your Bra? 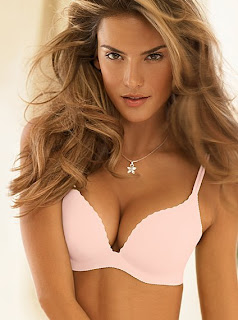 Good Morning America has an interesting piece today about the claim the Victoria’s Secret using Formaldehyde in their popular bras.

This appears to be the case according to a potential class action lawsuit in which consumers claim they’ve experienced very uncomfortable symptoms, like rashes, hives and permanent scarring from Victoria’s Secret bras.

“I had the welts … very red, hot to the touch, extremely inflamed, blistery. It itched profusely,” said Roberta Ritter, who describes herself as a longtime Victoria’s Secret shopper. “I couldn’t sleep, waking up itching.

“I was just utterly sick,” she added.

Roberta, 37, filed a lawsuit against the company May 14 in relation to the Angels Secret Embrace and Very Sexy Extreme Me Push-Up bras she said she purchased.

Her lawyers said dozens of other women have contacted them with similar claims involving a number of the intimate brand’s collections. Many seek to be a part of the potential class action lawsuit.

A Victoria’s Secret spokesperson admitted the company had received direct complaints from customers, but added the bras remain on store shelves.

The company said it is investigating complaints and released a statement that said, “We are sorry that a small number of people have had an issue and we want to help them determine the cause.

Independant testing done on the same bra types named in the suit from Victoria’s Secret has found the chemical formaldehyde present.

This claim is being disputed by the lingerie giant.

“We have strict quality controls around our products, and we do not use formaldehyde in our bras,” the company said in a statement.

“It may not be something that they’re specifying to put in their bra, but somehow it’s making its way into the manufacturing process because it was certainly present,” said attorney Dawn Chmielewski of Climaco, Lefkowitz, Peca, Wilcox & Garofoli Co., L.P.A.

This is all very interesting to me because I keep breaking out in bumps around the area that my bra covers. Just last week I told my husband I thought that my bra was causing the itching rashes, but he thinks I’m crazy… Am I?