Isla Fisher was in mom mode on Saturday afternoon. The actress was spotted out with her daughter Olive picking up her youngest daughter Elula at ballet class. 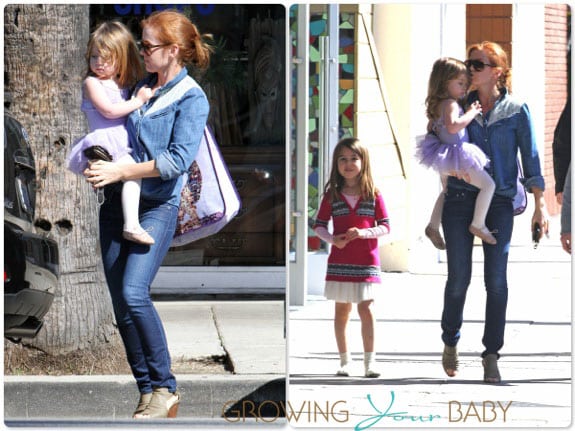 Isla was accompanied by a woman, who could be her mother-in-law.  The pair took the girls shopping before heading home. 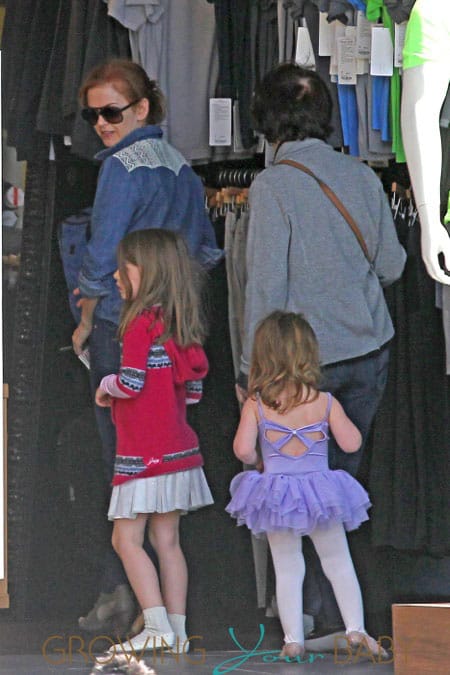 Isla has been busy on the East coast lately shooting the ‘Untitled Elmore Leonard Project’  in Greenwich, CT along side Jennifer Aniston, Tim Robbins and Will Forte.

In May she’ll be hitting the big screen as Myrtle in Baz Luhrmann’s adaptation of The Great Gatsby, which was filmed in 2011.