Home » The Beckhams Cheer David On in Paris!

The whole Beckham clan was on hand on Saturday to cheer David on as his team defeated AS Nancy 2-1 at the Parc des Princes Stadium in Paris. 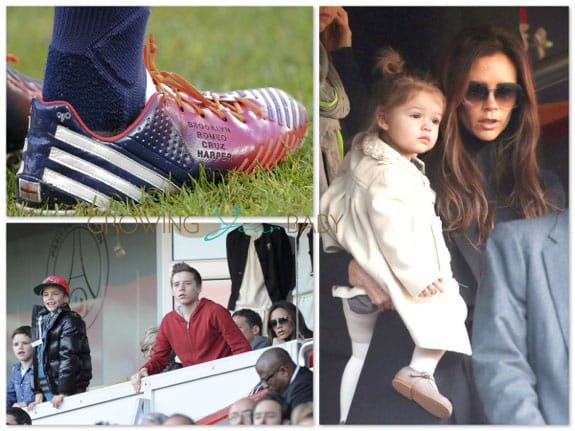 Brooklyn, Romeo and Cruz sat with their grandparents Ted & Sandra Beckham as they watching the game intently from the box. 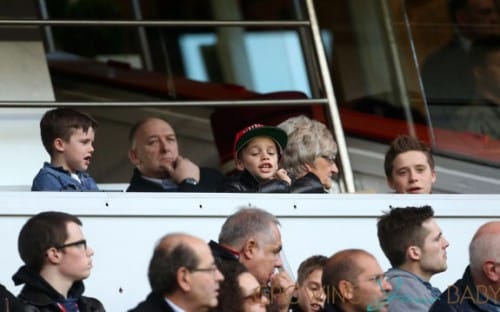 Victoria carried Harper, whose happiness quickly turned to sadness when she likely grew tired of having to stay in one spot. 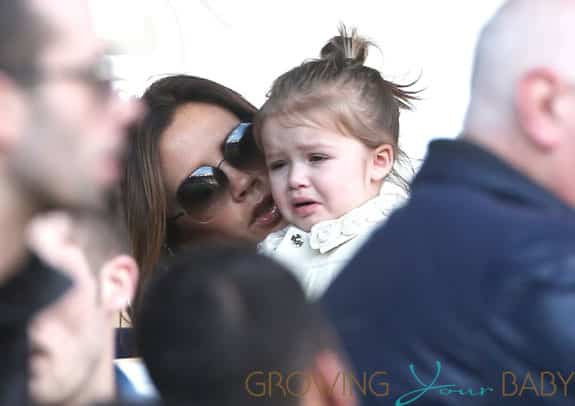 The boys showed their love for the game(and their dad), jumping up and cheering when things got exciting.

David continued his tradition of wearing his kids names on his shoes.  When he played for LA Galaxy his shoes were white with pink laces and stitching.  To match Paris St. Germain’s uniforms, his cleats are navy and red with Brooklyn, Romeo, Cruz and Harper embossed on the side. 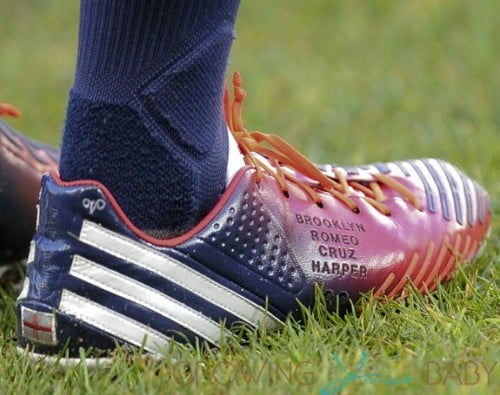