Generally, couples that are attempting in vitro fertilization are on their last efforts at attempting a normal pregnancy. Unfortunately, the results are sometimes hit and miss. Some couples may not ever achieve pregnancy, even with the help of this medical technique. However, a new study suggests that a technique known as endometrial scratching may improve the chances of a live birth through IVF by as much as 20 percent. 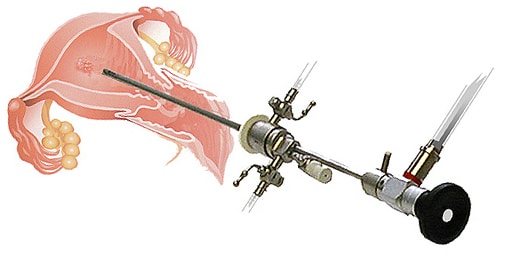 Endometrial scratching is medically assisted damage to the womb, specifically the inner lining. It was first successfully demonstrated to have benefits to conception in 2003. However, the results of its effectiveness haven’t been fully documented – until now.

In collaboration with Dr. Nick Raine-Fenning of the Nottingham University Research and Treatment Unit (NURTURE), Brazilian scientists have been able to document and demonstrate the benefits to endometrial scratching if done within a specific time prior to IVF treatment – a benefit that they say, overall, results in an increased chance of live birth of about 20 percent.

Dr. Raine-Fenning and his colleagues came to this conclusion by recruiting a total of 158 women into their study. All of these women had previously experienced unsuccessful reproductive treatment in the past, and all were taking an oral contraceptive pill (OCP) prior to treatment. (Raine-Fenning told Medical News Today that the use of OCPs prior to IVF is believed to improve outcome. However, its benefits are debatable and not fully documented).

A total of 77 of the 158 women were prescribed endometrial scratching within 7-14 days of their IVF treatment. Of those women, 39 became pregnant, and 33 had live births. This was compared to just 23 live births in the control group – those that had not received the pre-IVF endometrial scratching technique. In total, Dr. Raine-Fenning and his colleagues said this produced a difference of about 20 percent.

“This is the first well-designed trial conducted into endometrial scratching and the results are promising,” Dr. Raine-Fenning told Medical News Today. “Other trials have provided anecdotal evidence, but these have been limited and many questioned the validity of the technique.”

And, while their conclusion must also be retested and confirmed, Dr. Raine-Fenning says that this technique may bring hope in the future for couples struggling to conceive through natural and IVF sources. It could take as long as five years before the technique is made widely available to the public, but Dr. Raine-Fenning says that some couples who are privately paying for their IVF may be able to reap the possible benefits now, depending on where they live.

“For privately funded patients [in the UK], many clinics are offering this already, including ourselves, although reluctantly as we want to do the trial and do not feel there is enough evidence yet to warrant charging patients,” he said. “[But] it is hard to refuse someone who may be facing their last chance, especially if this takes 5 years to become mainstream.”

He and his colleagues are currently conducting yet another follow-up study to try and confirm their results. So far, Dr. Raine-Fenning says the “early results are encouraging.”

In the meantime, those that are waiting and hoping for this technique to become available should know that the procedure can be extremely painful. Also, they may want to do some research on the potential risks, or wait for some information to come available on those risks.