Home » Jason Hoppy and Bryn Play At The Park

Jason Hoppy was photographed having a park playdate with his daughter Bryn in Tribeca on Thursday. 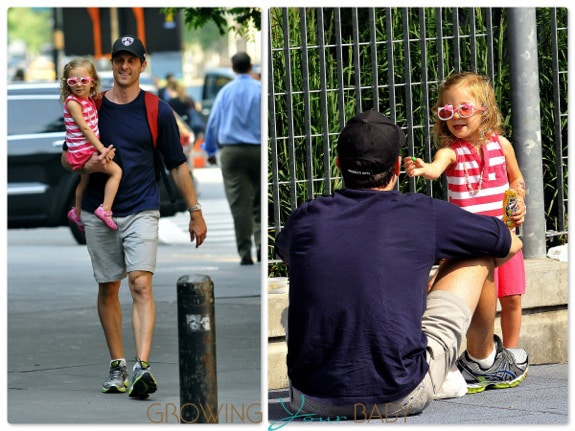 Bryn was pretty in pink in an Appaman Tank, pediped shoes and Hello Kitty sunglasses.  She finished her look off with a homemade  princess necklace and heart bracelet.

In between riding on the swings and climbing a nearby fence, she shared some green m&ms with her dad. 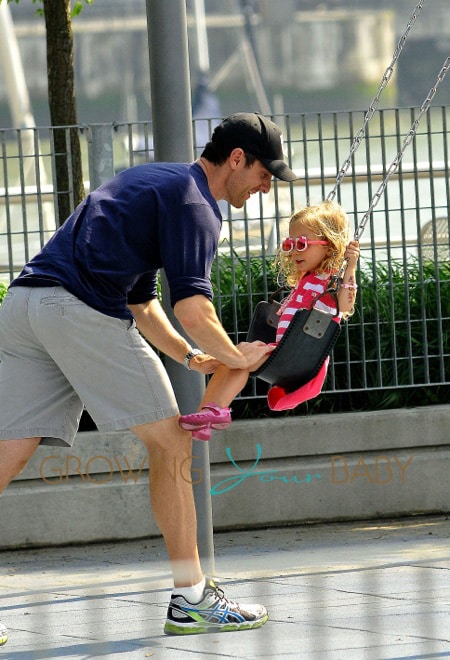 Currently enbroiled in a messy divorce with wife Bethenny Frankel, it was recently reported that Jason has asked the judge to help keep the details of their separation private. Radar Online has quoted a source who says that Jason “has had enough and asked his lawyers to go to court asking the judge to impose a gag order on the entire divorce proceedings. He doesn’t want Bethenny discussing the divorce in the media. There are specific clauses in their prenuptial agreement that prohibit either party from talking about their relationship in the press. Jason wants Bethenny to just zip it when it comes to the divorce.”

The request comes after Bethenny revealed that her marriage to Jason was a mistake, and that she regrets ever getting married in the first place.

Both Jason and Bethenny are asking for primary custody of Bryn, as well as child support and medical and dental expenses.  They are also both seeking ‘exclusive use and occupancy’ of their marital residence.

It will be interesting to see how the judge rules.