Home » Jen and Seraphina Out For A Walk

Here she is!! Jennifer Garner kept her 3 month-old baby girl Seraphina close while out for a walk in LA today. 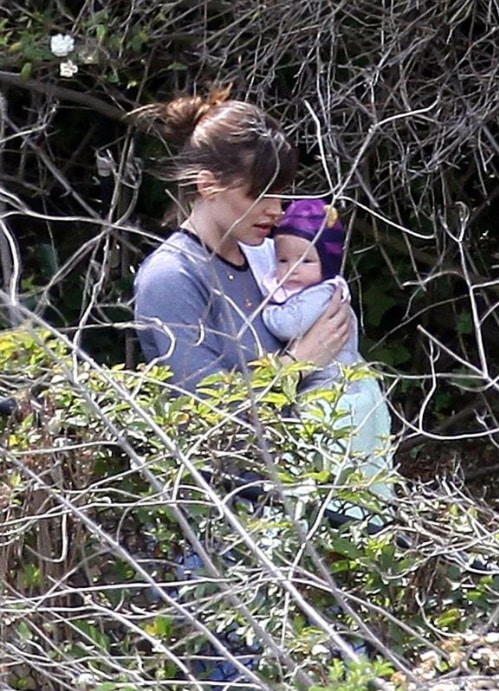 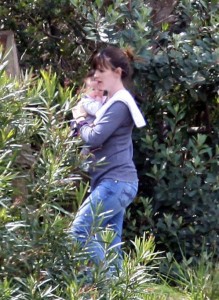 The actress recently opened up to InTouch Magazine about how things are going now that there is two.

“I’m certainly not sleeping. Violet was a good sleeper, typically. But now that there is a new baby, she wakes up when the baby wakes up. She wants me, too, so there are times when they are both up all the time.”
“I go from one to the other all the time.”

When asked what she thought was the most appealing thing about the opposite sex?  The busy mom said,

“As far as I’m concerned, the sexiest thing about a man is when he changes diapers. Maybe except for defusing a tantrum!”

And about hubby Ben?

“Ben is pretty ideal as far as I’m concerned,” says Jen. “I don’t think you could do any better. I don’t think there’s a lovelier person.”