Home » Jennifer Garner Attends Church With Her Kids on Her Birthday

Jennifer Garner started her Birthday Sunday at church with her kids Violet and Samuel Affleck. 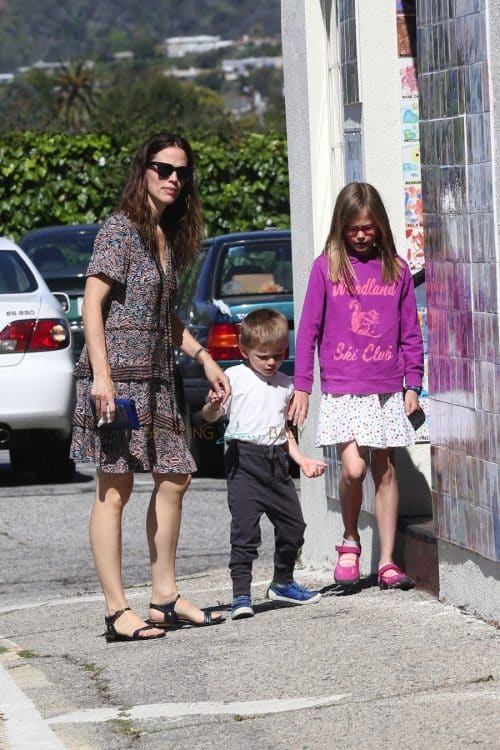 Since filming Miracles From Heaven last Summer the actress has been an active member of her local church, and is often spotted attending services with her children.

On the way out she was all smiles, while carrying cards and a gift. 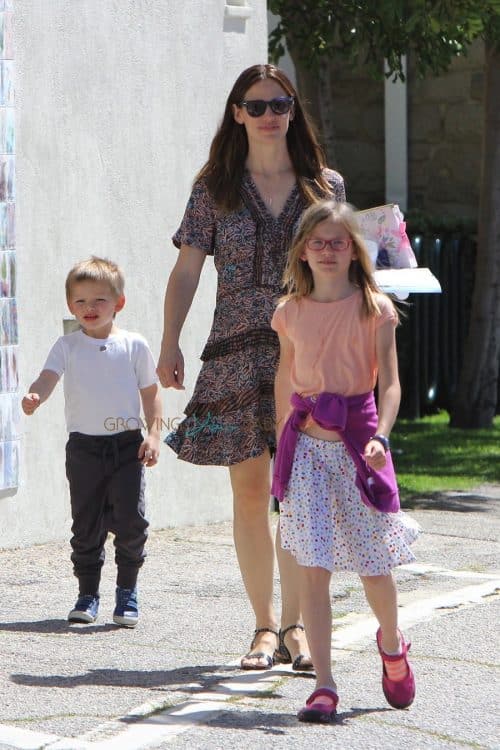 Later Jen’s estranged husband Ben Affleck was on daddy duty – taking the kids out for dinner as planners prepared their home for her birthday celebrations.

Caterers were on site to create a nice dinner, and a marching band showed up after – likely to sing Jen Happy Birthday!

The event could have doubled as a going away party as well! The estranged spouses are  reportedly renting a house in the U.K. this Summer while Ben films Justice League. The pair have said from the start their goal is to parent together as much as possible, and the move across the pond falls in line with that strategy.