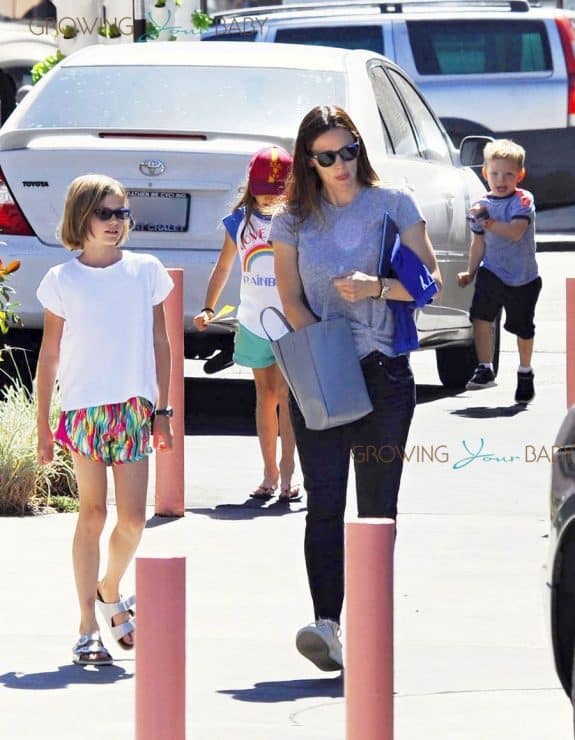 The outing comes a few hours after the actress and her estranged husband Ben Affleck were photographed leaving a dinner date without the kids on Friday night.

It’s been more a year since the couple announced their split, but they have continued to be a part of each other’s loves as they co-parent their 3 kids.

An insider told E! News Ben and Jen enjoyed the “intimate” dinner at the Hungry Cat restaurant. The pair reportedly frequent the Santa Monica seafood restaurant, and often dine at the same time each visit.

Ben has been overseas filming Justice League.  He is also executive producer of the new TV drama series Incorporated.

Jennifer will be on the big screen next in Tribes of Palos Verdes.