An expectant Jennifer Garner looked beautiful in an above the knee black asymmetric Lanvin gown at the AFI Fest 2011 Special Screening Of “Butter” last night. 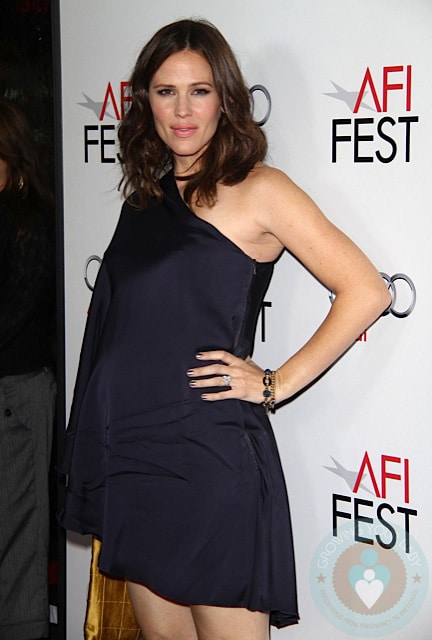 Pregnant with baby #3, the actress’ burgeoning bump was hardly detectable under her flowy frock, which was paired with a pair of sexy heels!

Back in September Jennifer spoke about the positive buzz the film was getting at the Toronto International Film Festival saying,

“I was so pleased — pleased doesn’t begin to describe — relieved, grateful, surprised, shocked when we got the first big laugh,” she says. And unlike her character, “I’m not that competitive — unless it’s at Scrabble.”

Jennifer was joined by the film’s young star Yara Shahiki and Olivia Wilde.