Jennifer Hudson was spotted leaving the ABC studios in New York City yesterday with the very adorable David Jr. in her arms after taping “Live with Regis and Kelly”. 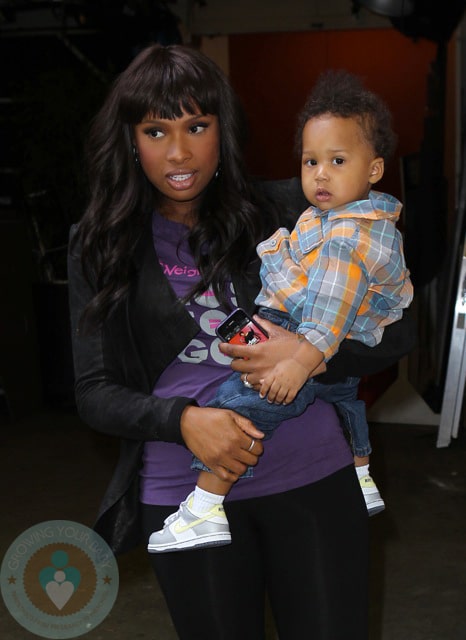 As the Brand Ambassador for Weight Watchers, Jennifer also visited fifth graders at at a New York City to help launch their third annual Lose For Good campaign, an initiative that fights hunger where the company will donate up to 1 million U.S. dollars to two leading hunger fighting organizations, Share Our Strength and Action Against Hunger.