Home » U of A Researchers Identify ‘Metabolic Fingerprint’ For Pre-Eclampsia 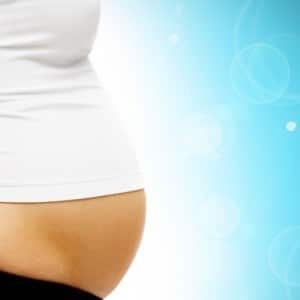 An international team of researchers have indentified a metabolic identifier that is currently ninety percent accurate in predicting women who will develop pre-eclampsia. Three percent of all pregnant women in Canada are affected by this serious disease, known to kill both mother and baby.

Pre-eclamsia is diagnosed when a patient has high blood pressure and high levels of protein in their urine.

A series of blood and urine tests are available to detect the presence of pre-eclampsia in developed countries, but up until this discovery there has been no means of identifying individuals at risk of developing pre-eclampsia.

The team found a metabolic identifier or “metabolic fingerprint” within the blood that allows them to identify pregnant women at risk for developing the condition. And even though it has a false-positive rate of 21 to 24 per cent, it is still a very useful test as more women would appear to be at risk for the condition than would develop it.

The test can be administered as early as fifteen weeks into the pregnancy. Louise Kenny one of the lead researchers has confidently indicated that it will be commercially available for use within the next three to five years.

The results of the study conducted by researchers from The University of Alberta and University College Cork in Ireland were recently published in the American Heart Association Journal Hypertension.

Currently there is still no cure for preventing pre-eclampsia. The only action that can be taken is to deliver the baby weeks or months before its due date and hope for the best. However, death and periods of neonatal care can result from the premature birth. – Jeff, Staff Writer