Home » Jennifer Hudson Takes A Break From Filming To Visit With Her Son David!

Jennifer Hudson was spotted on the set of the NBC Broadway show Smash on Monday spending time with her son David Otunga Jr. 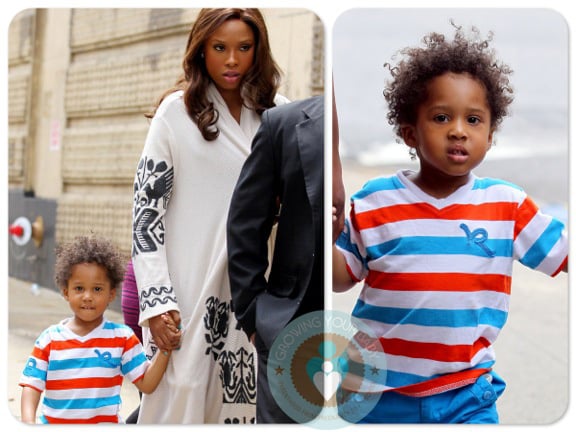 The actress will play Veronica Moore, a Tony-winning Broadway star in a multiple-episode role.  During a promo for the show the Oscar winner is shown offering Katherine McPhee’s character Karen some wise words of wisdom: “Someone’s always waiting to take you down, honey.”  Producers have given the show ‘a creative reboot’ that will add Jennifer,  Grey’s Anatomy Daniel Sunjata and Gossip Girl’s Josh Safran.

David was stylish in a Rocawear Tee, matching pants and cookie monster crocs.