Congratulations are in order for Jill Duggar Dillard  and her husband Derick on the safe arrival of their second child – another boy! 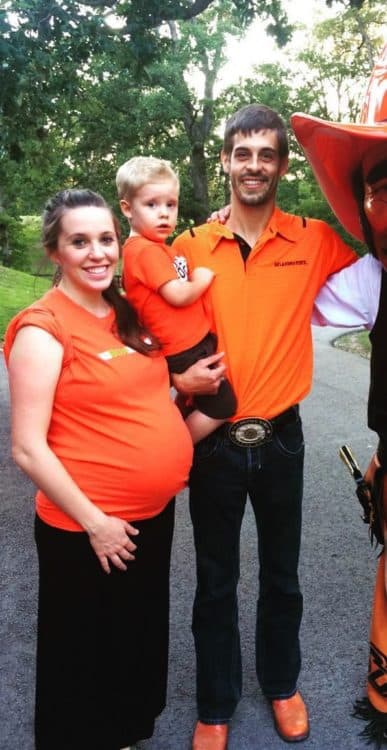 On Saturday the couple announced the baby’s arrival saying,

“We are excited to finally announce the arrival of Samuel Scott Dillard! The newest addition to our family arrived on Saturday, July 8, 2017 at 1:02pm. He weighs 9lb 10oz and is 22″ long. After 40 hours of labor, he was delivered via C-section at the hospital. Thank you for your continued prayers and support!”

The new baby joins the couple’s 2-year-old son Israel and from the details they’ve revealed their births were very similar.

Israel’s birth was also an emergency C-section after Jill suffered complications at the hospital.

In February the mom-to-be told People.com she is a little more calm and collected this time around and hoped that would bring a different result.

“There’s a level of ease that comes with your second pregnancy.  Derick and I have been down this road together, so we’re comfortable. I’m just going to see how it goes, try to be healthy and prepare as much as I can. But this time I know that labor is unpredictable.”