Keira Knightley and her husband James Righton were spotted enjoying a New Years Eve stroll with their baby Edie and parents in New York City on Thursday(December 31, 2015). 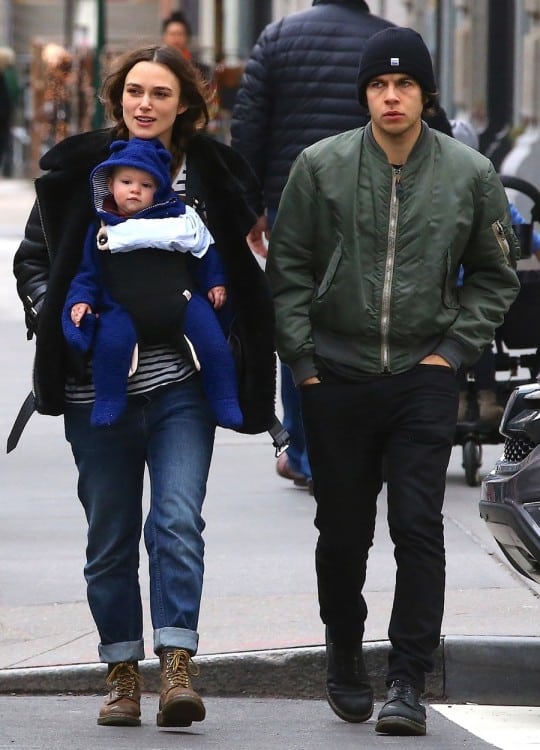 Edie was bundled up in a fluffy sleeper as she rode in an ErgoBaby 360 carrier, which her mom wore under her Acne Studios oversized biker jacket.  The actress paired the $3000 jacket with a striped tee, rolled up jeans and leather work boots. 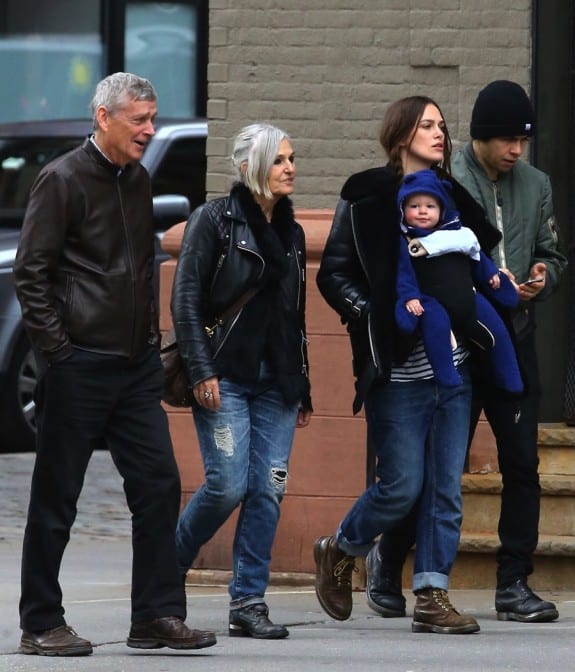 Keira has been busy performing in the Broadway play “Therese Raquin”, but only for a couple more days.  The actress made her Broadway debut at the end of October, but the show will only run until January 3rd at Studio 54.