Home » Kim and Kourtney Kardashian Step Out in The Hamptons

Girls day out! Kim and Kourtney Kardashian were photographed out in the Hamptons at their Dash Store on Tuesday(August 12). 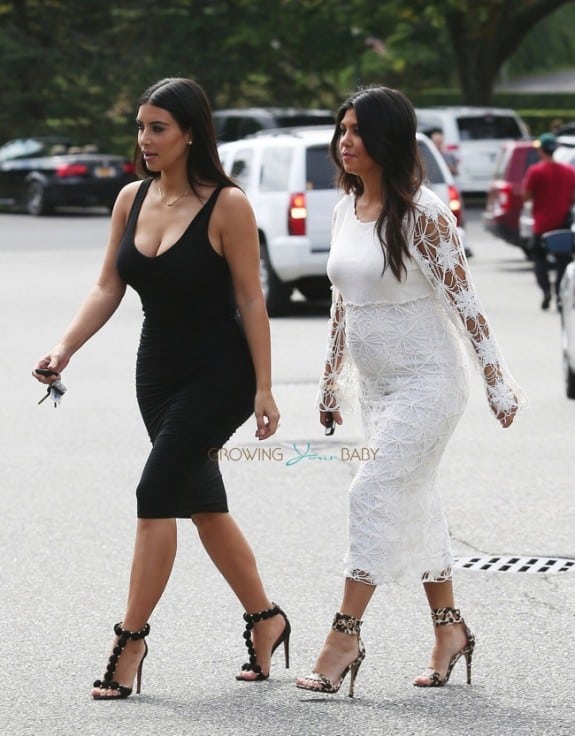 Kourtney’s growing belly was visible through her white spider-web  crocheted dress. Not abandoning her style, she paired her dress with a pair of printed stilleto heels. 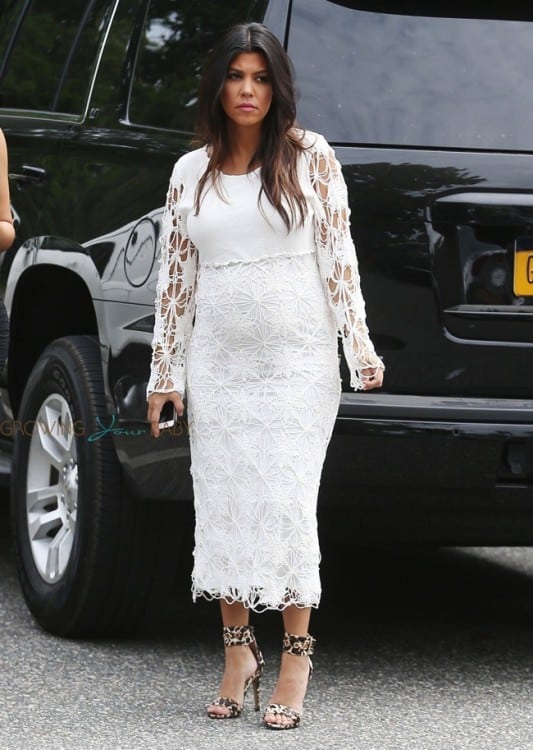 The outing comes just a day after it was revealed that a briefcase filled with $4,000 was stolen from the bedroom of Kourtney and Scott’s rented Hampton’s home.  The robbery is the third time the family has been hit in the last few months.  In February Kourtney reported that someone stole $50,000 for her Calabasas home and 8 pieces of jewelry valued at about $200,000 was found missing from Khloe’s home in March. 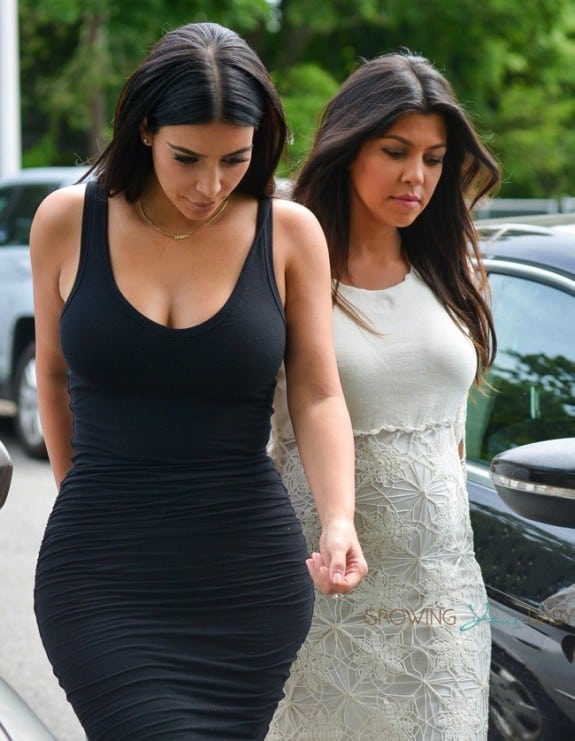 TMZ is reporting that the family is refusing to begin filming season 10 of their reality show unless the person stealing their money and jewelry is caught.  According to them the Kardashians suspect those crimes were committed by someone on the crew of “Keeping Up with the Kardashians” because they have access to the homes.

The girls are currently in the middle of filming The Kardashians Take The Hamptons and were being followed by cameras during their trip out.  Kim also filmed scenes with Khloe later in the day. 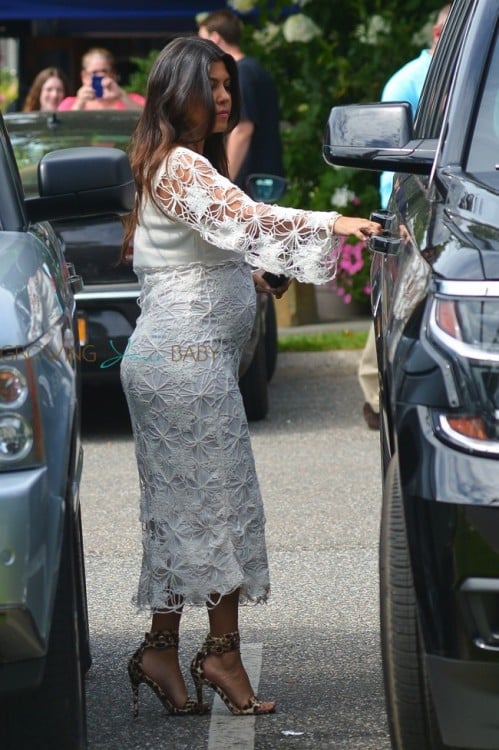 Kourtney is currently pregnant with her third child.  When the new baby arrives they will join the reality star’s son Mason and daughter Penelope.