Kourtney and Kim Kardashian were spotted shooting a segment for their reality show at the new Ice Cream Museum in Downtown L.A. with their kids on Thursday May 11, 2017.

Despite tickets for the pop-up installation being sold out for weeks, the Kardashian crew managed to snag some time for them and their families to visit and enjoy a snack.

North was cute in a pink slip dress and high tops as she emerged carrying a waffle cone.  Kim followed close behind in a black dress and lace up heels. 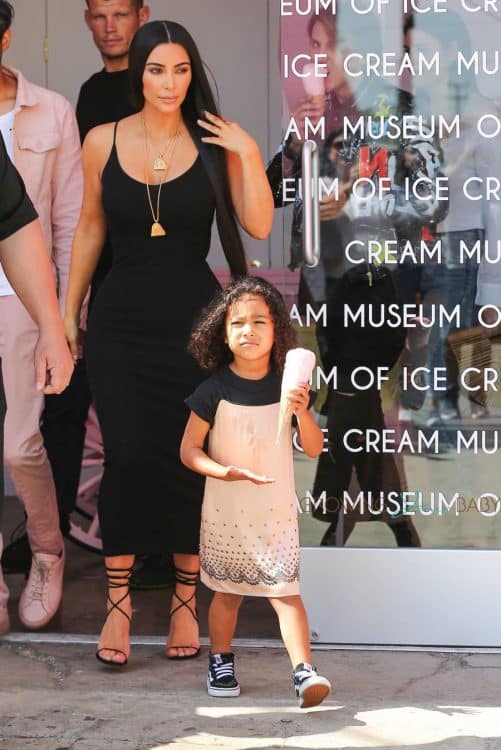 Kourtney attended with her two oldest kids Mason and Penelope.  Famously sugar, gluten and dairy free, she carried a bottle of water but the kids noshed on sweets. 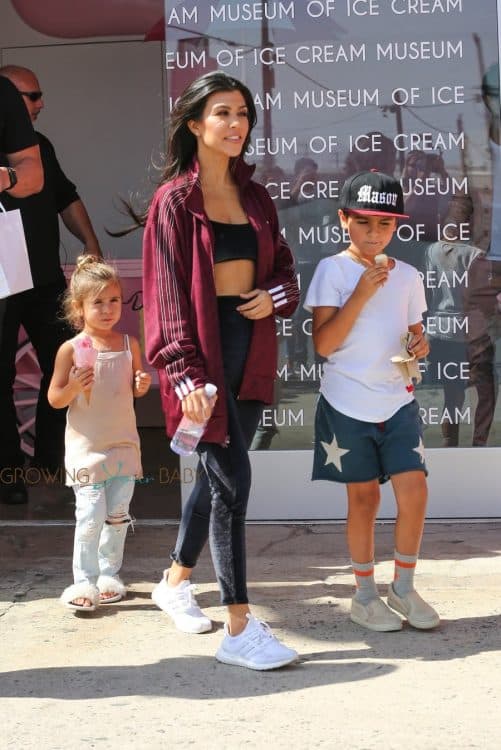 Shortly after the two met up with younger sister Khloe to visit the Planned Parenthood building.  Could someone be having a baby?  Only time will tell! 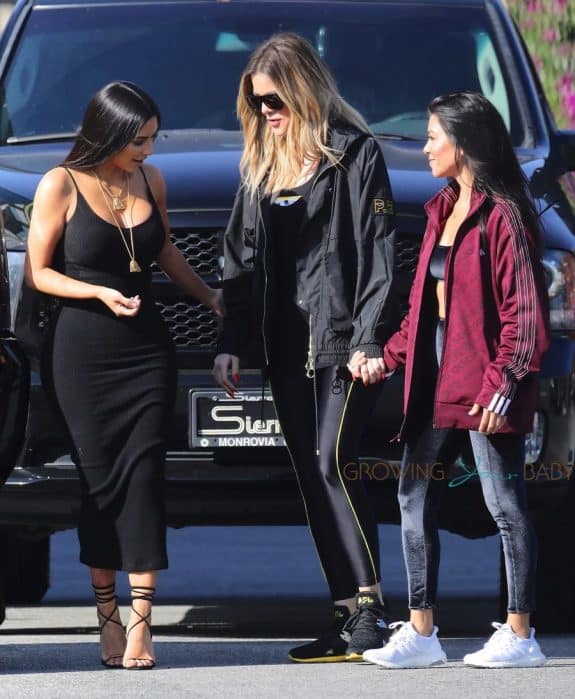