Kobe Bryant was photographed sitting court side with daughters Natalia Diamante Bryant, Gianna Maria-Onore Bryant, Bianka Bella Bryant, wife, Vanessa Bryant and mother-in-law, Sofia Laine in the first half prior to the Lakers retiring his #8 and # 24 jerseys during a half time ceremony on Monday December 18, 2017. 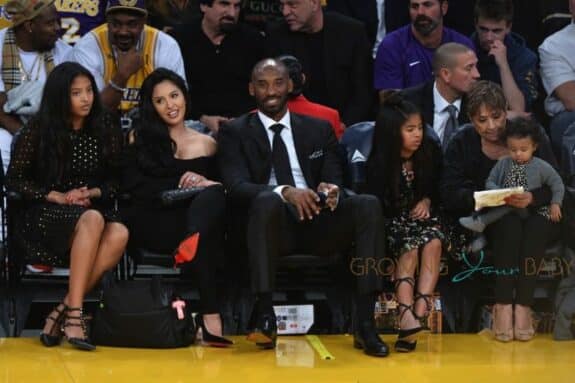 The 18-time All-Star played his entire 20 year career with the Lakers. During that time he led the NBA in scoring during two seasons, and ranks third on the league’s all-time regular season scoring and fourth on the all-time postseason scoring list.

His retirement was definietly well earned and his family was thrilled to be there to share it with him. 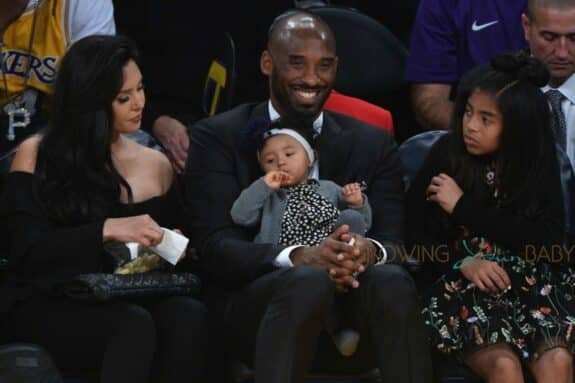 “As a kid growing up in Italy, I always dreamed of my jersey hanging in the Lakers’ rafters, but I certainly never imagined two of them,” Bryant said. “The Lakers have bestowed a huge honor on me and I’m grateful for the fans’ enthusiasm around this game.”