Miscarriage is a devastating loss for any hopeful mother – so much so that women often go through depression in the weeks and months after it happens. Even more devastating is when that same woman finally regains the strength she needs to try again, only to experience another loss. 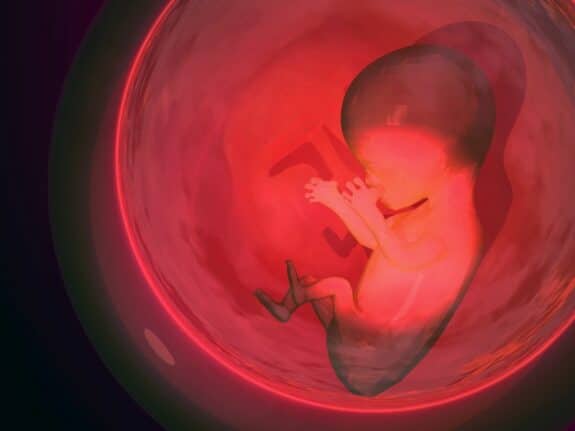 But what if there was a screening that could predict an expectant mother’s risk of miscarriage and a treatment option to prevent it?

A recent discovery from the University of Warwick and the University Hospitals Coventry and Warwickshire (UHCW) NHS Trust could be the start of making such options a possibility. They have identified an unknown function of womb natural killer cells. Previously, science only knew that the cells played a role in pregnancy. Now it appears that these cells are just as important during the embryo implantation phase.

Published in eLife, the new study found that womb killer cells “refresh” the lining of the uterus during implantation to ensure the embryo has a place to attach, but the process is not balanced during every cycle. In some instances, too many stressed cells may be cleared from the uterus, which would not leave enough tissue for the embryo to implant. Likewise, the womb killer cells may fail to clear out enough of the uterus’s stressed cells, which could lead to excessive inflammation. Both instances may increase an expectant mother’s risk of miscarriage.

“A good analogy is Swiss cheese: without holes, the embryo has nowhere to go which will cause implantation failure, but if the holes are too large, the tissue will physically collapse and lead to miscarriage,” lead author Professor Jan Brosens, of the Division of Biomedical Sciences Warwick Medical School, said in a press release.

The balance can be either short-lived, lasting for just a few cycles, or it may occur over multiple cycles, the research team said. When experienced over long periods, it can lead a woman to seek IVF treatment, even though there may be nothing else truly wrong with her. Worse yet, the issue here may not be resolved with IVF. “Patients suffering recurrent IVF failures or miscarriages, as well as their treating doctors, often refer to this phenomenon as the ‘numbers game,’” Brosens said.

Yet, if this information can make its way into a clinical setting – perhaps through screening to determine when the best time to implant may be – a woman’s chances of a successful pregnancy could be increased. The information could also help women make more informed decisions about when to attempt natural conception after she has experienced a miscarriage.