A very pregnant Kourtney Kardashian and boyfriend Scott Disick were spotted leaving a doctor’s appointment in Beverly Hills this afternoon. 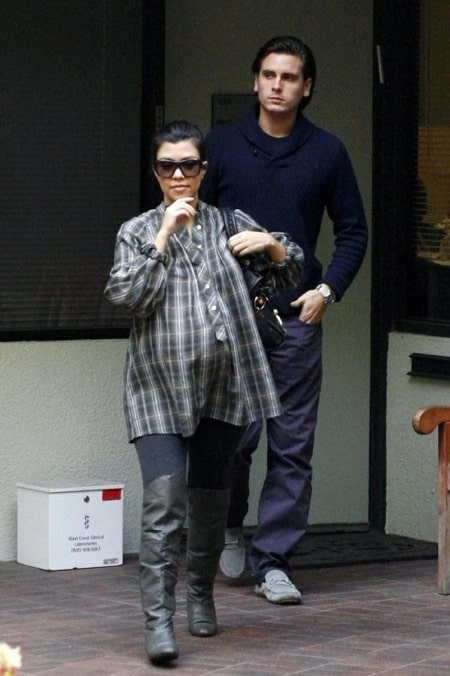 The mama-to-be stayed comfy in a plaid shirt that flowed over her belly and black tights.  Not sacrificing her style while expecting, she also wore thigh high boots that added a bit of edge to her look. 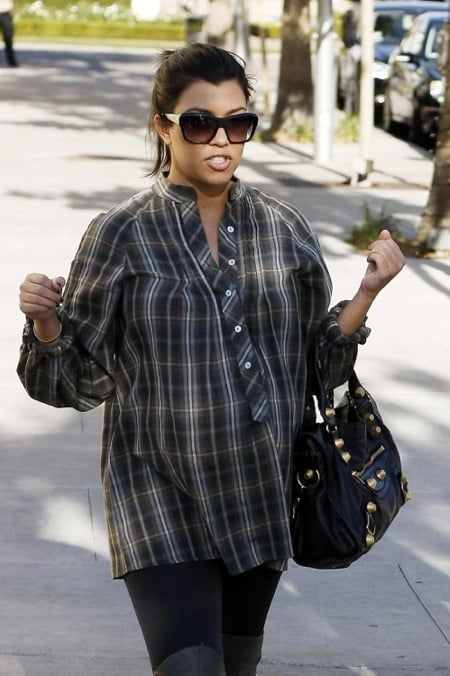 After spending an hour inside the pair headed off for a bite to eat.

Kourtney and Scott expect their first baby, a boy, on December 23rd.  In August she revealed that she told Kim she was pregnant first, but needed Khloe by her side to break the news,

“It was so hard for me to tell Kim and my mom,” Kourtney told PEOPLE. “Khloe and I called Kim on speakerphone, and I made Khloe tell her. I think Kim thought we were lying! Kim was excited, but I feel like her first reaction was like, ‘Why? What are you doing?’ It was really just shock. Especially since we are so extremely close, anything that happens in our family is earth-shattering to us. But she was excited. She just wanted to make sure that I had thought this through.”