Kris Jenner was photographed taking her grandkids North West, Penelope Disick, and Reign Disickout to the movies on Thursday November 30, 2017. 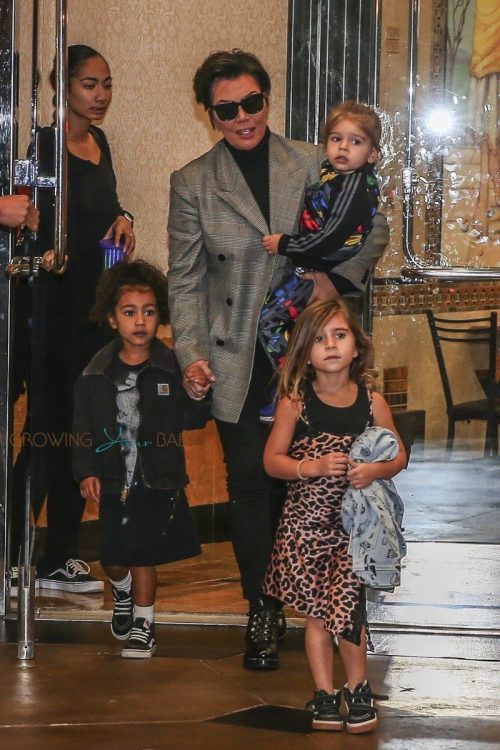 The hands-on gramma carried Reign while North and Penelope walked beside her. 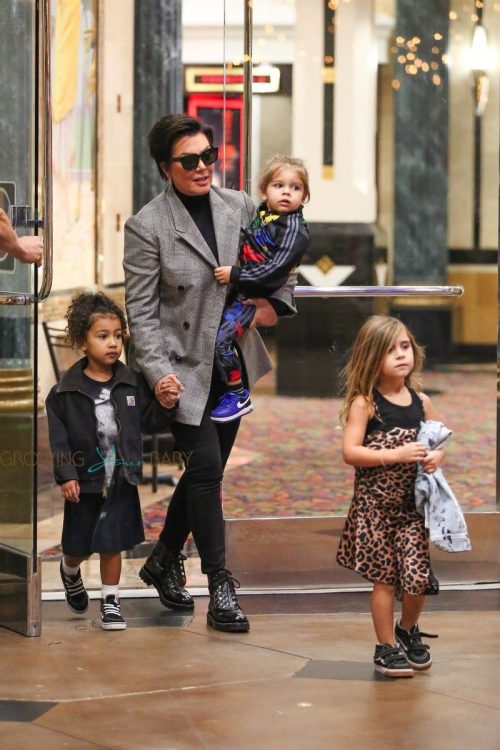 If rumors are correct – Kris could be expecting 3 more grandchildren!  Kim and Kanye have confirmed another baby is on the way for them via a gestational surrogate, and there are rumors Khloe and Kylie are pregnant as well.

To further add fire to these rumors, Kris posted a photo of 9 sleeper sets on social media…

During an interview this week on Steve she claimed that it was purely coincidental.

“This was a gift. Oprah had these pajamas as one of her favorite things,” she said on the show. “It’s Burt’s Bees Baby. They have the most amazing, beautiful, organic cotton pajamas. I went on their website and they were all sold out, so I called the company and said, ‘Come on, don’t you guys have a few left?’” In regards to there being nine gift sets she responded, “That’s what they sent!”

Well 9 would be the EXACT number of grandchildren she will have ‘if’ Kylie and Khloe are expecting. So that really is a big coincedence…