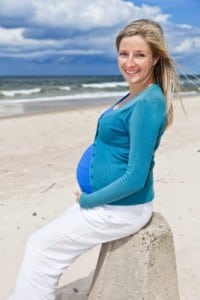 Babies that are born prematurely face many potential complications. One of those possible complications includes blindness caused by a condition known as retinopathy of prematurity(ROP). Caused by vascular issues in the eyes, this condition was previously thought to have something to do with the neonatal care often given to premature infants. However, a new study indicates that the condition may actually have something to do with the prematurity itself.

To test their theory, researchers first needed to confirm the true purpose of the light response pathway. They did this by mutating the Opn4 gene in some of the mice. This gene creates melanopsin, a photo pigment found in the ganglion cells of the retina. By mutating the gene, they stopped the initiation of the photo pigment. After the mice were born blind, researchers were able to confirm that the light response’s pathway plays an integral part in holding back the number of blood vessels that form in the retina.

“This fundamentally changes our understanding of how the retina develops,” Richard Lang, PhD, a researcher in the Division of Pediatric Ophthalmology at Cincinnati Children’s Hospital Medical Center told Medical News Today. “This has downstream effects on developing vasculature in the eye and is important because several major eye diseases are vascular diseases.”

In other words, if the light response pathway is inhibited, blood vessels in the retina continue to grow. Eventually, the unchecked and continued growth ends up causing extreme pressure on the new eye. In severe cases, this can cause severe damage or blindness.

So how does light play a part into all of this? Researchers performed a series of tests to determine the answer to that question. In addition to the mutated mice, researchers left some pregnant mice to carry out the late stages of their pregnancy in darkness while others were exposed to a day-night cycle. Baby mice born to mothers who had lived their last trimester were born blind whereas the mice born to mothers with a day-night cycle were not.

“Several stages of mouse eye development occur after birth. Because of this, we had always assumed that if light played a role in the development of the eye, it would also happen only after birth,” David Copenhagen, PhD, a scientist in the departments of Ophthalmology and Physiology at UCSF, who helped with the study, told Medical News Today.

Published in the journal Nature, the study brings to light some new questions, namely how light response pathway impacts the probability of pre-term babies developing retinopathy of prematurity. But it also begs to question, how, if at all, does this information related to other vascular eye conditions. They hope to continue their therapy to explore the answers to these questions further.