Yesina Torres is able to sit by the cot of her one-month-old son, Angel, inside the intermediate intensive care nursery at Stanford’s Lucile Packard Children’s Hospital. She can hold his little hand and see his beautiful smile. But none of this would have been possible, had it not been for this mother’s unwillingness to give up hope. 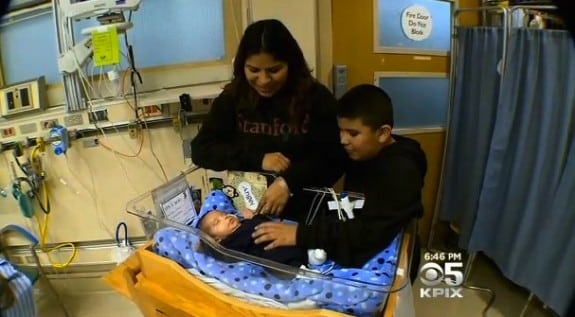 “I was 21 weeks pregnant and they said it was better to terminate,” Yesina told KPIX5.

That recommendation to terminate came after doctors discovered a large mass growing inside Angel’s chest. They told Yesina that the mass would make it impossible for her baby to breathe, and that carrying to term could put her own life at risk.

“She said that kids like this didn’t make it to teenage years. He probably wouldn’t even make it to birth and my life would be at risk,” Yesina said. “I thought I would get a second opinion.”

She sought her second opinion from Dr. Jane Chueh, a maternal-fetal medicine specialist at Stanford.

“At first, we didn’t know if it was going to be a success,” Chueh told ABC 11. “Given the space-occupying lesion of the tumor, I wouldn’t think the baby would be able to survive . . . [but] we did everything according to plan.”

That plan was to carry out a dual operating room strategy—one part for the delivery, and one for the immediate removal of the tumor. Both took place during Yasina’s 34th week of pregnancy.

It all happened so quickly that Yesina never even had a chance to see her son until after his surgery was complete.

“As soon as he was born, they took him right into surgery, so I didn’t get to see him until the next morning,” she said. 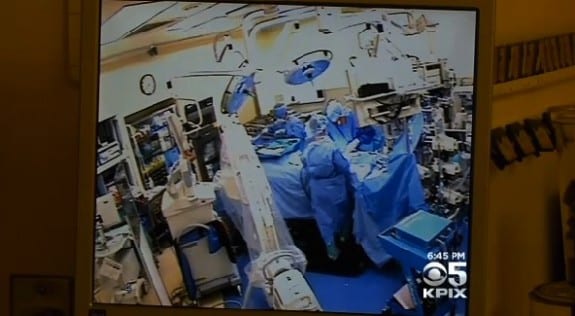 But the fact that she got to see him the next morning proved his operation was a success.

It took three doctors to open him up and remove the mass. But once it was gone, and his surgery was complete, Angel got to take his first real breath, all on his own.

“The mass was iminging on both the heart and the lung and preventing them from functioning normally. And without its removal, it would have been fatal,” Dr. Karl Sylvester, lead surgeon on Angel’s operation, told ABC 11.

And now, he is breathing on his own so well that doctors say he should be able to go home and live a normal life—a life that no one except his mother ever thought he would have. 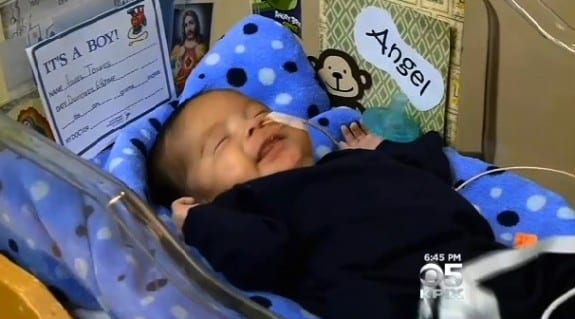 “It is hard, but I said, it can’t be possible, you know, doctors make mistakes,” she said. “I wake up and I just come to him, thanking God every day that we were here.”

As for the doctors that saved his life, they say they were more than happy to help.

“At the end of the day, it’s a personal decision and it’s really a matter of human trust . . . Do I feel good about what these people are telling me?” Sylvester said.