Most birth defects affecting the brain or spinal cord in babies can be avoided by boosting levels of folate – vitamin B9 during the pregnancy. But a large study on expectant moms in UK has revealed that less than one in three women are taking the advice with most of them avoiding folic acid supplements while pregnant. 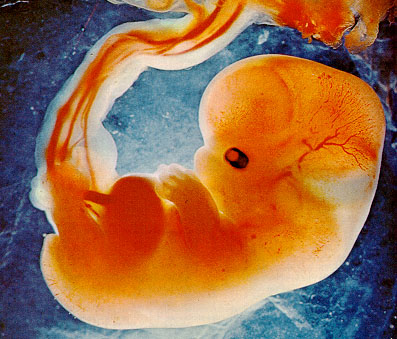 Researchers asked nearly 500,000 women attending antenatal clinics in England and the Isle of Man about their folic acid supplement intake.

They found that the proportion of women who heeded the guidelines had actually fallen, from 35% between 1999 and 2001, to 31% from 2011 to 2012. Less than one in three women took the essential supplements.

Most cases of spina bifida and other birth defects affecting the brain or spine can be prevented by taking the supplements. Spina bifida is a neural tube defect where the developing spinal column does not close properly, leaving nerves exposed. The defect can be rectified through surgery but often nerves have already been damaged leading to paralysis, incontinence and loss of skin sensation.

Shockingly the study also found that almost half of women who had experience with previous pregnancies where they had a neural birth defect, omitted Folic Acid from their diet with only 51 percent taking the supplements.

Joan Morris, a statistician at Queen Mary, said, “Each year in Britain there are about 1,000 pregnancies affected by spina bifida or other birth defects of the brain, spine, or spinal cord. Most of these lead to a termination of pregnancy, which is an agonising decision for couples who want a child.”

The research, published in an online journal of the Public Library of Science, was conducted by a team from Queen Mary’s Wolfson Institute of Preventive Medicine between 1999 and 2012.

Jonathan Bestwick, co-author of the study, who is a lecturer in medical statistics at Queen Mary, said, “The current UK policy of recommending women take folic acid supplements has failed and has also led to health inequalities among ethnic minorities and younger women. The government should introduce mandatory fortification of flour with folic acid without delay.”

Mandatory folic acid fortification of flour is adopted in more than 70 countries including US and Australia but UK still does not have the policy.

Sir Nicholas Wald, from Queen Mary University of London, one of the study authors whose original work uncovered the protective effect of folic acid, said,

The study however found that more women took folic acid once they knew of their pregnancy with the percentage rising from 45 to 62 percent during the period of the study. But experts say that to ensure the child is born without the defects, it is necessary to keep taking the vitamin before pregnancy too.

As per the findings 17% of Afro-Caribbean women, 20% of south Asian women and 25% of east Asian women taking folic acid, compared with 35% of white Caucasian women. Also, 6% of teenagers under 20 attending the antenatal clinics had taken the supplements, while 40% of older women aged 35 to 39 followed the guidelines.

“On the issue of adding folic acid to foodstuffs such as flour, we would stress the need for more discussion before such a step is taken because there will be people for whom additives will be unacceptable.”