It’s official! Nadya Suleman and her 14 children will be coming to a TV near you! 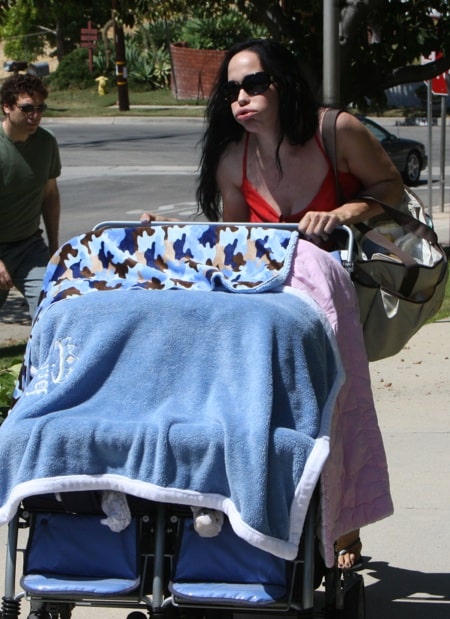 After weeks of meetings and negotiations, Nadya’s attorney Jeff Czech confirmed that the busy mom signed a deal Thursday night to star in her own reality series.

“[Nadya and the producers] are hoping to have an arrangement whereby several events in the children’s lives would be filmed in a documentary series,” Czech told Usmagazine.com.

“One of the events in the children’s lives might be their first birthday.”

Describing the as-yet untitled show as a “quasi-reality TV series”, Czech said that the production company, Eyeworks, was moving ahead to make a deal with a network.

“They might be several shows aired during a year. There are all kinds of possibilities. It really depends on what the networks want,” her lawyer said.

Her lawyer declined to comment on how much Nadya would be getting paid for the deal, citing confidentiality.

“Her television program will not be like the Jon and Kate Plus 8 show,” said Czech. “[Nadya] is looking forward to providing her side of the story.”

Nadya is pictured above pushing 4 of the octuplets during a recent outing(May 6th). With a videographer close by to capture every moment for the reality show, the primped and manicured “OctoMom” lumbered down the street with nannies and her other children in tow. At the park, photographers noted that she spent much of her time chatting on her cell phone, fixing her hair and juggling her babies in a rather precarious and ‘careless fashion’.