There is an action that many of us often perform each day, sometimes more than once. It’s a seemingly innocuous one that we don’t generally think too much about. A lot of us were raised doing it and have never given it a second thought. But this seemingly small action may be putting our children’s health in danger, according to the Center for Disease Control. So, what is it that could possibly be causing so much harm? Sprinkling on the table salt may be putting your child’s future in jeopardy. 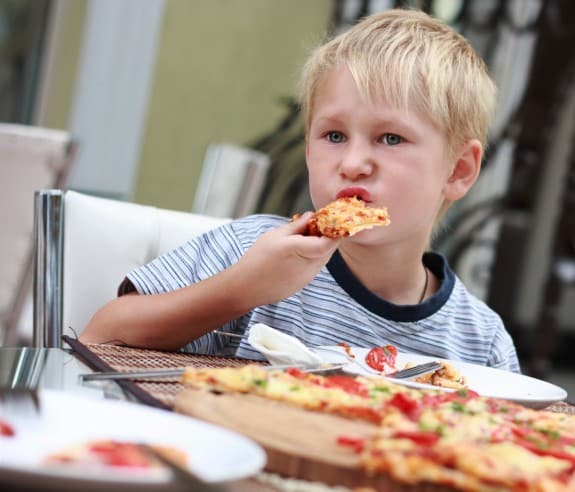 According to a new study conducted by the CDC, children today are consuming far too much sodium, most of which isn’t even from the salt shaker. Federal officials say that American kids are getting about a third more salt than is recommended. This puts children and teens at an increased risk of heart disease and high blood pressure. Both of these conditions typically affect the middle-aged population, but have recently been affecting kids more often. It is known that ingesting large quantities of salt can raise blood pressure in most people.

In this recent survey of what children are eating, the results are alarming. Approximately 90% of children are getting way too much salt in their diets. The Center for Disease Control’s Dr. Ileana Arias says, “Our report reveals that children and teens are eating too much sodium before salt is added. U.S. School-aged children consumed an estimated 3,279 mg of sodium daily, the CDC report says. CDC recommends that children get no more than 2,300 milligrams a day.” But the big culprits are not what you may typically think – bread and pizza.

“Most sodium is from processed and restaurant food, not the salt shaker. Reducing sodium intake will help our children avoid tragic and expensive health problems.” To perform the study, the CDC examined a survey of 2,200 children to learn how much salt they were consuming and where they were getting it from. Believe it or not, children are getting this over-abundance of sodium not from salty snacks and junk food, but from what’s for dinner. The CDC says, “About 43 percent of sodium eaten by children comes from the 10 foods they eat most often: pizza, bread and rolls, cold cuts/cured meats, savory snacks, sandwiches, cheese, chicken patties/nuggets/tenders, pasta mixed dishes, Mexican mixed dishes and soups.”

The researchers learned that approximately 65 percent of sodium that children consume comes from store-bought foods, while 13 percent is from pizza and fast food joints, and 9 percent from school cafeterias. Today, heart disease is the leading cause of death in the United States, while one in six children are affected by borderline hypertension. The CDC found that if Americans reduced the amount of sodium in their diets by 40 percent, approximately 280,000 to 500,000 lives over the span of the next decade.

While the issue of the relationship between sodium and high blood pressure is a highly controversial one that is debated by many, plenty of medical experts agree that it is an overall good idea to limit the amount of salt intake. Speaking with your doctor is the best option to figure out the correct amount for you. CDC officials say that certain chain restaurants, such as Taco Bell and Olive Garden are taking proactive steps to reduce the sodium in some of their menu items. It’s a step in the right direction.