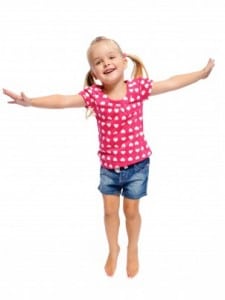 Autism is characterized by difficulties with communication (verbal and non-verbal), limited interests and repetitive movements. But interestingly enough, it affects each and every individual differently. Some individuals may struggle more with understanding facial and body language cues than others while others may not be able to pick up shifts in tone of voice. Repetitive movements can range anywhere from hand-flapping to rocking.

But researchers say there’s something that they all have in common, and it is this commonality that they hope to capitalize on so that better therapies and diagnostic tools can be made available. Led by both Jorge Jose, vice president of research at Indiana University, and Elizabeth Torres, a Rutgers University assistant psychology professor, the team of researchers took an unorthodox look at autism – movement research. It’s an area that Torres said she was surprised to learn hadn’t received much attention.

“This is a systemic problem. This is not a problem of the mind. That’s just the tip of the iceberg,” Elizabeth Torres, a Rutgers University assistant psychology professor told USA Today. “You have to look at the peripheral nervous system. Without that, you can’t think in high levels.”

Using the help of a digital set-up much like a Wii device, the tool used by the researchers relies heavily on a quantitative analysis of the way people move. After using it in two different studies, they are hoping the device can eventually be used to revolutionize diagnosis for a range of conditions, including autism.

“We consider this more like a personal medicine…Everybody has his own motion DNA, and we need to find what is the right way for them to develop,” Jose told USA Today. “We like to think of this as a complementary tool to diagnosis.”

In their first study, a computer program that produces 240 images per second tracked the movements (voluntary and involuntary) of children with autism and those without. The goal of the measurements was to provide a scientific measurement of each person’s cognitive abilities. What was most interesting about this method is that Torres says the method can be duplicated and reused, while still providing a fully unique diagnosis for each individual, should it be used for doing so in the future.

“The way diagnosis is done (currently) is entirely based on observation and subjective criteria,” she said. “There’s nothing rigorous, no third party checks on you. There’s a lot of room for improvement here because we have technology and we can even make better methods to actually tackle these issues in autism in a truly individualized way.”

The second study explored whether or not that same knowledge and technology could be used to provide interventions and therapies for individuals with autism. Setting up the computer with a digital connection much like a Wii, they showed videos to 25 children with autism, many of which were nonverbal. They were asked to point to videos they liked.

Typically, around the age of 4, children master the ability to make voluntary movements in a fairly standardized way, and they don’t really have to think much about it. Three-year-old children have movements that are less predictable because their cognitive abilities are less mature. Those with autism tend to be closer to 3-year-olds, and they are often variable in how the complete their movements. However, the trial showed that the children were able to learn how to master their movements and choose their favorite videos spontaneously.

According to Torres, this approach may enable more individualized approach to therapies for autism. This would be better, she says, than man of the traditional forms of therapy, which may end up hurting children with autism because they fail to give the children a chance to rely on their already developed coping skills.

Many scientists and researchers welcome this fresh, new approach to research, especially since the autism rates have risen drastically over the past couple of decades. Susan Wilczynski, a distinguished professor of special education and applied behavior analysis at Ball State University is just one of those experts.

“I would say this is an exciting beginning, and we all look forward to additional work in this area,” Wilczynski, who is on the board of the Autism Society of Indiana, told USA Today.

However, she also cautions that these studies have been very small scale, and bigger ones need to be done to make their findings a little more concrete. Additionally, while she does think there’s a bit of innovation behind the technique, Wilczynski says that the authors’ approach may have more in common with certain therapies than they realize – applied behavior analysis, for example.

“This is one more tool that can teach children on the spectrum to take action to initiate with their environment, which is absolutely in their best interest,” she said. “But this isn’t the only tool or their only exposure to learning how to be spontaneous and initiating and self-innovating.”

Regardless, Torres says she and the rest of the team plan to put together some bigger studies, in hopes of moving the diagnostic and therapeutic technologies forward.

“As soon as we get funding, we have all the machinery in place to enlarge this on a massive scale so we can test thousands of people of all ages and genders,” she said.