Home » Nicole Kidman and Keith Urban Arrive in LA With Their Girls!

Actress Nicole Kidman and husband Keith Urban were in good spirits at LAX airport on Wednesday(February 29) with their daughters Sunday Rose and Faith after a long trip home from Australia. 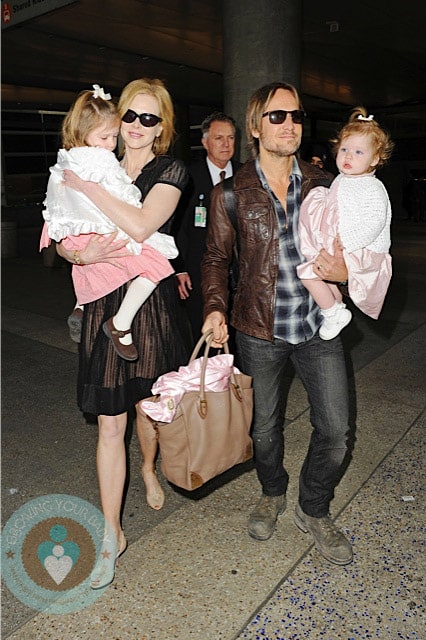 The family has been overseas for two weeks enjoying the beautiful weather and making plans to return for the rest of the year.

Keith has signed on to judge the Australian version of ‘The Voice’ and Nicole is rumored to be in talks to film a movie in her home country.

Nicole’s rep yesterday refused to discuss the couple’s long term plans but confirmed both Keith and Nicole had been involved in some “very important meetings” which will hopefully yield enough work so they can stay in Sydney until Christmas.

During an interview Nicole once gushed about Australia saying,

“There’s something about the place; it’s the smell of the gum leaves. Australia’s in my blood, it’s in my humor…I love [Sydney’s] zest for life and the openness of us Aussies.”

We’re glad she may now have the opportunity to live there more permanently.