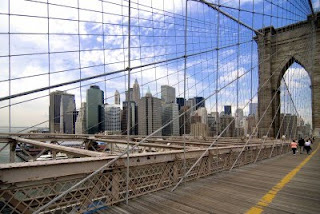 For most newborn babies, it is the sight of hospital lights and busy doctors that is their first vision of the outside world but one baby decided to change the scenarios a bit when he opened his eyes instead, inside a cab.

The adventurous day began around midnight when Maya Polton, 31, started feeling contractions. At that point, she wasn’t worried and watched a movie. It wasn’t until after 7:30a.m. that her water broke, at which time she called for a cab and went for a quick shower.

“I got into the shower and could feel the baby’s head already,” It is then that she called her husband Eric Handelsman, 30, to rush.

Even though the car service had arrived within minutes, midway through the Brooklyn-Battery Tunnel, Maya knew she could not hold any longer.

“It’s coming, I can’t stop it,” she screamed, and next she delivered a healthy 6-pound 9-ounce baby boy named Jacob Max Handelsman at 8:30 a.m.

“We were both shocked holding this baby. The cord was still attached to him and still in me, and I’m half naked in this car.”

Lucky for them, the cab driver stayed calm and managed to hail an EMT worker who immediately cut the cord.

The couple then rushed to the New York Downtown hospital where the newborn was checked and declared healthy.

Both Maya and Eric who work in internet sales and marketing are now on the lookout for the cab driver to thanks him personally for the way he handled the situation. – Atula, Staff Writer