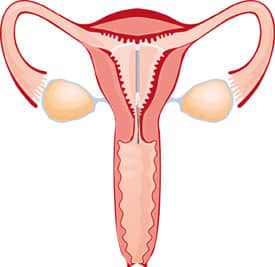 Only six percent of women in the United States use an IUD, experts like Linda Dominguez, a Nurse Practitioner at Southwest Women’s Health in Albuquerque, NM say. Dominguez also says, however, that the IUD is the most commonly used means of birth control among women in medical school.

“This method is as effective as tubal sterilization,” says Dominguez. “It interferes with sperm motility; the swimmers; and its ability to get up into the tubes.”

IUDs are also very care-free. You don’t have to think about it every day and some types of IUDs can prevent pregnancy for up to ten years. But an IUD can also be removed early, should you decide that you want a baby before the device expires.

So if all of this is true, then why aren’t IUDs more widely used? Dominguez says that the IUD is still overcoming a bad rap for a faulty device that was sold in the early 70’s; a defect that caused a lot of issues for women during that time.

“It had a filament, it was more like a cloth string and so it wicked up certain bacteria,” she says. But the only two IUD products on the market today use a totally different type of string. The new sting doesn’t allow bacteria to climb into the uterus, but Dominguez says, “It’s going to take a long time to turn that ship around.”