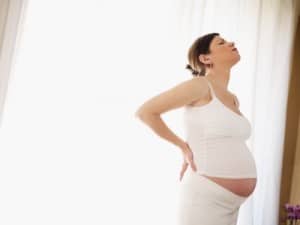 Some painkillers, such as paracetamol, have been linked to risks in fetal development if used too often. Researchers from Denmark, Finland and France combined their studies on painkillers and pregnant women, examining over 2,000 pregnant women on the effects these medications could have. What they found was an increased chance of infant sons being born with undescended testes, or cryptorchidism. This was especially high for women who took more than one painkiller at the same time.

This risk was especially high if the painkillers were taken during the second trimester of pregnancy. The 14 to 27 weeks seemed to be a time when fetuses were particularly sensitive to the effects of painkillers. The painkillers ibuprofen and aspirin had a nearly quadrupled risk of causing undescended testes in male infants. More than half of pregnant women in the US and Europe reported using these mild painkillers at least occasionally.

The use of more than one painkiller at a time, or taking painkillers for more than two weeks during pregnancy, were the most significant factors in the increased risks. The researchers believe that the exposure to the painkillers could disrupt the natural hormone pattern in a developing male fetus.

Dr Henrik Leffers, senior scientist at Rigshospitalet in Copenhagen, who led the research, said: “If exposure to endocrine disruptors is the mechanism behind the increasing reproductive problems among young men in the Western world, this research suggests that particular attention should be paid to the use of mild analgesics during pregnancy, as this could be a major reason for the problems.”

Despite this research, scientists are calling for a more extensive study to take place. The researcher so far had many limitations, such as relying on the women to self-report which painkillers they took while pregnant.

Dr Allan Pacey, senior lecturer in andrology at the University of Sheffield, said: “Scientists have been concerned for some time about chemicals that the mother may be exposed to during pregnancy having the potential to cause reproductive problems in male babies.

“However, there are relatively few concrete examples and much of the work to date has been theoretical.

“That makes these studies somewhat alarming as I doubt that anyone would have suspected that common painkillers would have these effects.

“Clearly further research is needed as a matter of priority.”