Hilary Duff was all smiles while arriving at Los Angeles Airport on Friday, February 12th, 2021 after wrapping production on the 7th, and final season of Younger. 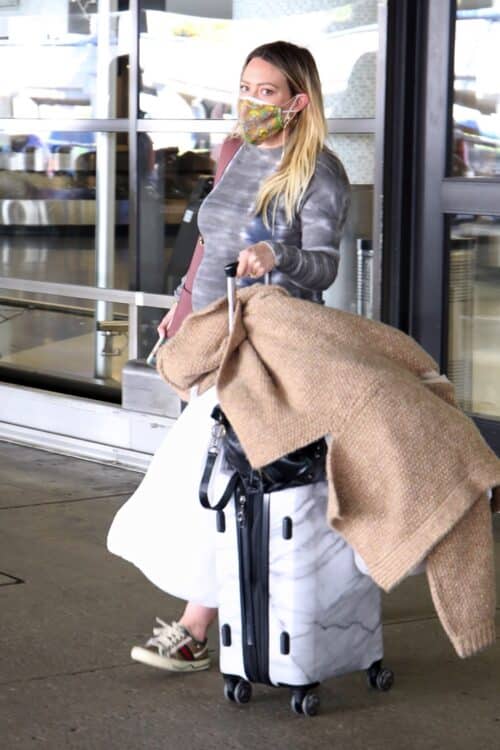 The mama-to-be wore a gray dress, which showcased her growing baby bump, a flower pattern face mask, a Burgundy colored purse, and Mickey Mouse Gucci shoes while making her way to her car. 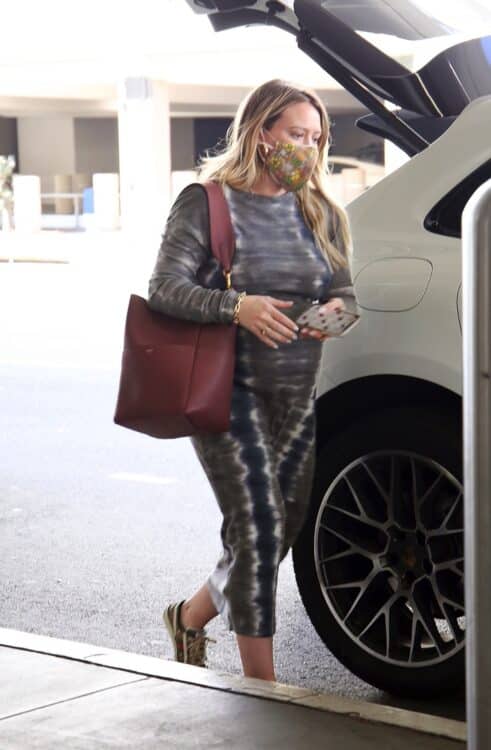 The actress has been in New York City for the past month filming the series. 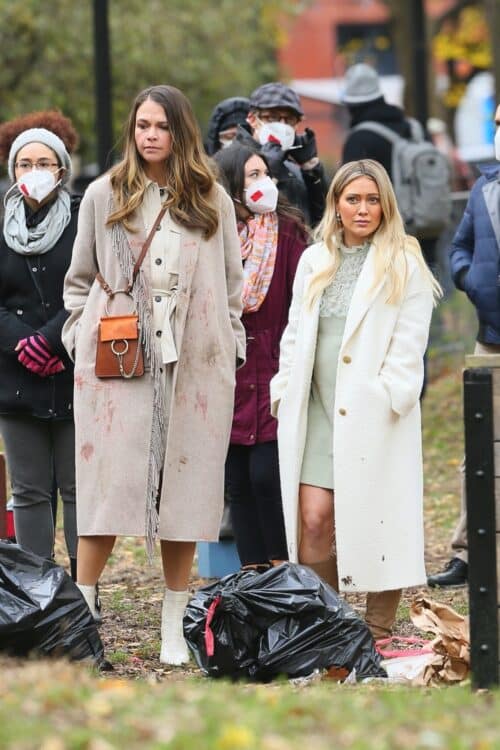 While it hasn’t be revealed if her current pregnancy will be part of her storyline, her growing belly could be seen under her green dress. 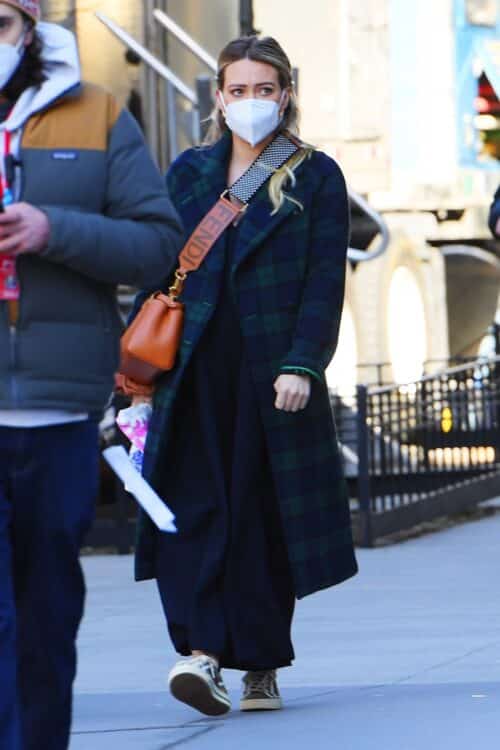 Hilary Duff on the “Younger” set in SoHo

Matthew and Hilary, who were married in December 2019, announced they would be parents again in October 2020.

When the new baby arrives they will be the third child for the singer who is mom to Luca with ex-husband Mike Comrie and Banks with current husband Matthew Koma.