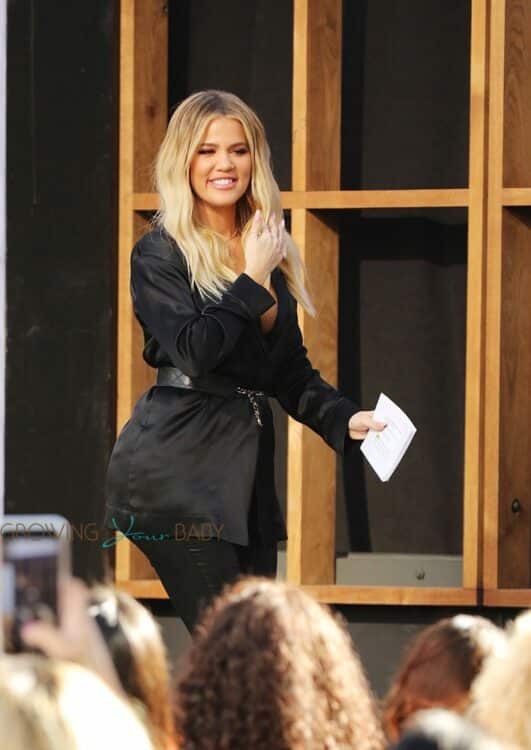 Co-founded with Emma Grede, Good American is a clothing brand designed to fit women of all shapes. The event marked the one year anniversary for the company who announced the addition of mini skirts to the collection.

Happy Anniversary to us! Today was such an amazing day for @goodamerican with our partners @nordstrom I can’t believe it’s nearly a year already, there’s just so many people to thank but I’m most grateful to the unbelievable #goodamerican team Thank you all for making the last year possible. You guys are the best team two girls could hope for!!

This is the first appearance for the reality star since it was revealed she is expecting her first child with partner Tristan Thompson. While the pair have yet to officially confirm they are having a baby, many sources have support the claim a new member is on the way.

Khloe rocked the brand’s Good Legs Waxed leggings in black.   Her growing belly could just slightly be seen under her satin blazer that was accessorized with a Chanel belt. 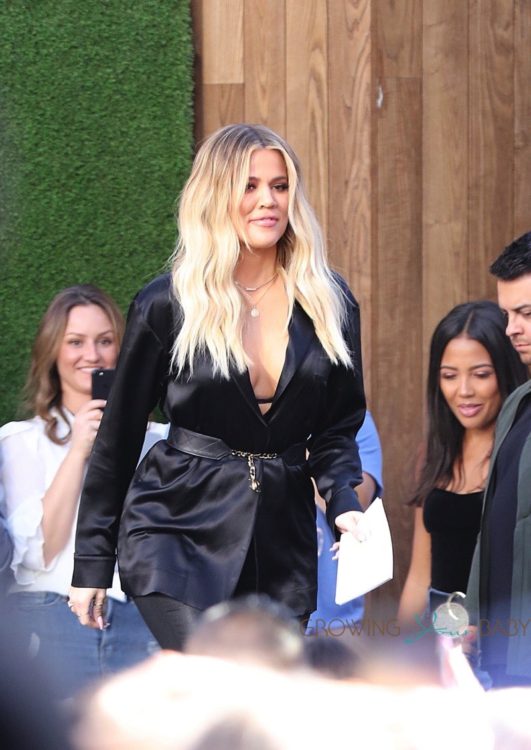