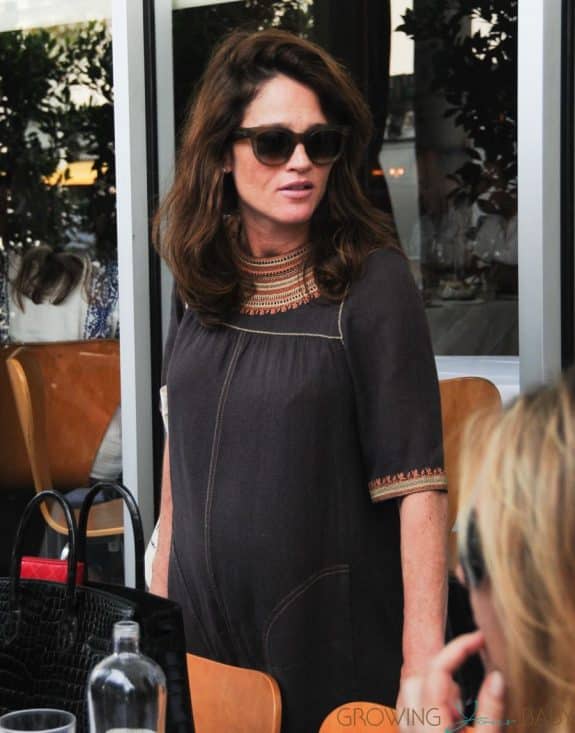 Afterwards, she grabbed lunch at E Baldi restaurant.  The actress’ growing belly could be seen under her denim dress with smocking details around the neck and arms. 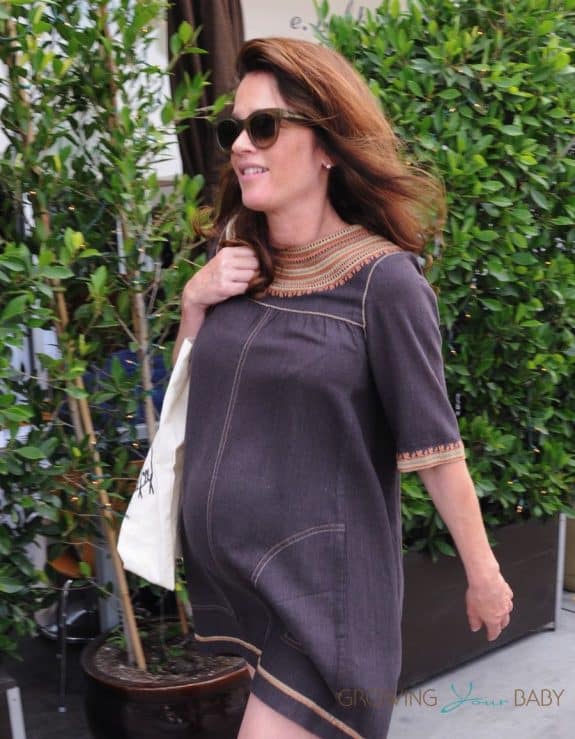 The 43 year-old actress, who has kept her pregnancy under the radar, was reportedly spotted out with friends on Thursday night.  The mood, MediaMass reported, was celebratory – with their source noting,

“she TWICE made toasts … by drinking water instead of wine,” adding that it is “highly unusual” to “toast with anything but a full glass of wine.”

We commend the mama-to-be for skipping the vino and look forward to hearing more details about the new baby! 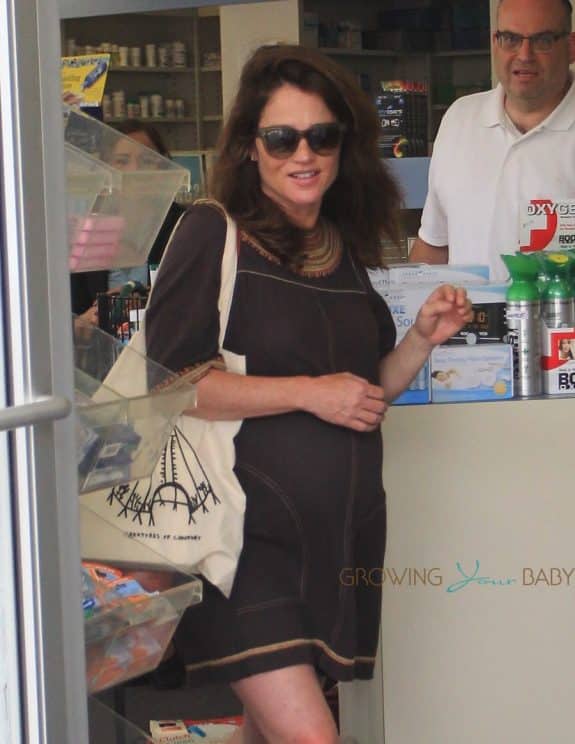 Robin is currently engaged to Nicky Marmet.  The new baby will be the first child for the couple!