Amanda and Dylan were born on January 12th 2009 at only 23 weeks 5 days into mom’s pregnancy. Mom had an incompetent cervix (opens prematurely) and Amanda’s sac was ‘hourglassing’ through. 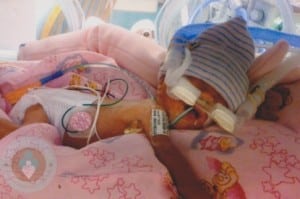 Amanda was delivered vaginally and after almost 2 hours and four attempts at a spinal, Dylan was born by c section.

Both babies were whisked away so fast to the NICU that mom did not get to see them.

It was surreal and felt like I was watching a movie. To this day I have very few memories of what actually happened. 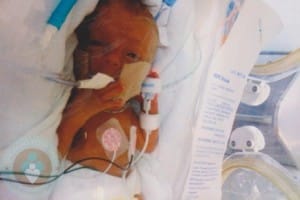 They were immediately put on jet ventilators and had goggles on for the light therapy because of their jaundice.

They looked like wrinkled aliens with blond languno hair all over and translucent skin.

Amanda was on a jet ventilator for about two weeks and then put on a regular ventilator for another two weeks. Dylan had the jet for over 46 days. Mom could not do kangaroo care with him until he got off the jet vent.


To this day Amanda has been ahead of Dylan in everything except weight. She made is off the ventilator first, was on CPAP (continuous positive airway pressure) for about a month and a half and then to nasal cannula for about a month.

When she left the NICU she did not need oxygen, monitors or any medications! She only came home with a vitamin.

Dylan on the other hand experienced more. He had the jet ventilator for about 50 days, regular ventilator for another month, CPAP and only the last 3 weeks in the NICU did he graduate to nasal canula.

He came home on 1/16L of oxygen, multiple medications and apnea/heart rate monitors.

At four months old he had double hernia repair and he had laser surgery in both eyes for ROP (retinopathy of prematurity- disease of the retina).

Thank goodness the surgery was successful. Today he is supposed to wear glasses for nearsightedness, but he throws them off after five minutes of wearing them.

Both babies had multiple blood transfusions while in the NICU and plenty of infection scares but thankfully dealt with nothing major. 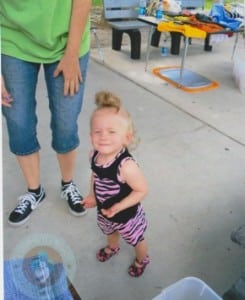 Amanda was ready to go home about three weeks before Dylan, but she refused to take eight bottles a day (she took seven). Babies have to take all eight feeds for at least 24 hours before you are able to go home.

She waited until Dylan was ready and then drank all eight and they were discharged on the same day!!!!!!

As for lasting effects from their prematurity, the only thing mom notices, is that they are small for their ages and they seem to be a bit delayed in speech.

They are in speech therapy. Once a week for Amanda and two times per week for Dylan. 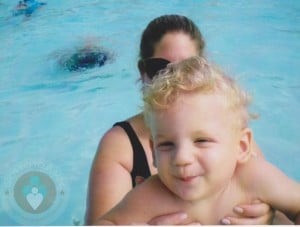 I asked for one piece of advice for a new preemie parents and she said:

Take one day at a time. Know that it does get better. The first year is the hardest. Take advantage of nursing at home if it’s available to you. As well take advantage of WIC, Medicaid and SSI if your state has it.

I asked mom to describe her twins in one word and she said: AMAZING