The U.S. Consumer Product Safety Commission, in cooperation with Sportspower Limited, today announced a voluntary recall of about 92,000 Sportspower BouncePro 14′ Trampolines because the netting surrounding these trampolines can break, allowing children to fall through the netting and be injured. 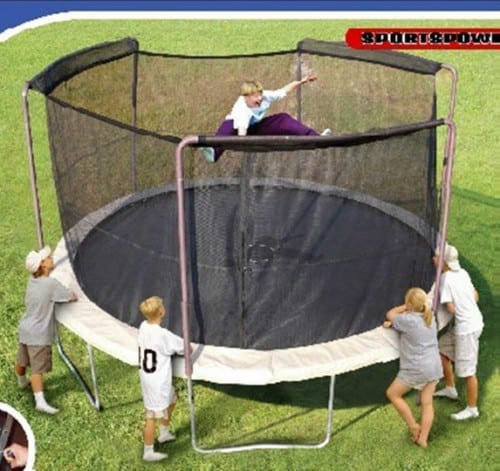 Sportspower has received 17 reports of the net breaking, resulting in 11 injuries including broken bones, back and neck injuries, and contusions.